Hockey World Cup 2018: Attacking hockey is India's strength and we will not deviate: Manpreet Singh

Bhubaneswar, Dec 12: India are set to meet the Netherlands to be their quarterfinal opponents in the World Cup, and their captain Manpreet Singh Tuesday (December 11) said they will continue to play attacking hockey in a game where there will be no margin for error.

Manpreet said his team is going to give it's best in the quarterfinals. 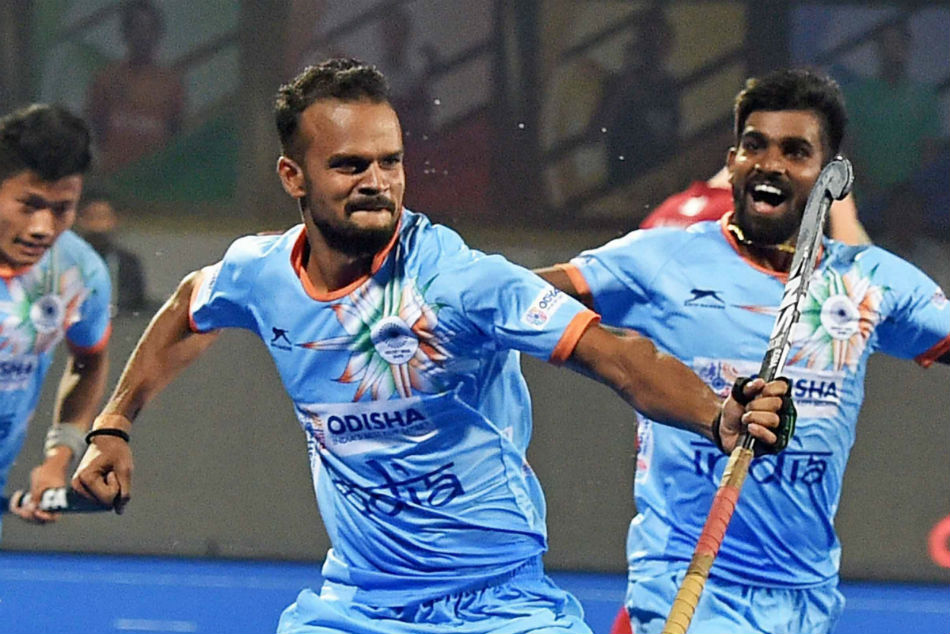 "Whoever goes through our aim would be to give our best. It is a knockout, do-or-die match and there is no second chance. We can't afford to miss chances. At the same time, we need to be cautious and give less chances," the midfielder said.

"We need to play attacking hockey, our strength. When we try to play defensive, we tend to be too much defensive which provides more chances to opponents. We need to put pressure on them (from the start)," Manpreet explained.

The skipper said utilising chances would be crucial to success in the quarter-final.

"But it will be a very tough match and whichever team utilises its chances will win," he said.

"If you progress to the semi-finals you always have an option of finishing in the podium. You are just one match away from a medal. But if you lose in the quarterfinals, you don't get a second option.

"In the end it all boils down to how we play. If we get good chances and miss them and obviously the opposition team will take advantage of it," he added.

Manpreet listed out a series of dos and don'ts if they are pitted against three-time champions Netherlands.

"In the past we had good matches against Holland. In the Champions Trophy we drew with Holland. We have also defeated them in the past.

"Our aim would be to strengthen our defence. Holland has very good and experienced midfield. They also have good strikers. So, our aim would be to break their moves early. We can't give them easy chances and also need to convert our chances," he said.

Manpreet said the Hockey India League played a big part in the progress of the Indian team.

"Before HIL we didn't knew these players of Holland, Australia etc. But since HIL started we all know each other having played against them and shared the dressing room with them. The team has improved a lot after HIL," he said.

Manpreet didn't play the entire match against Canada in their last pool match because of fever but he has since recovered and will be a key figure in India's midfield on Thursday.

"I am fine now. In the last match I had fever so I couldn't play the full match. But I am feeling better now," he said.