It's great that we'll get a chance to play against Spain ahead of the Hockey World Cup: Manpreet Singh

Bengaluru, Sept. 28: A day after the schedule for the upcoming 2023 Hockey World Cup was announced, Indian skipper Manpreet Singh opened up about India opening their campaign in the heart of Odisha's hockey belt.

On Tuesday, the International Hockey Federation (FIH) announced the fixtures for the FIH Odisha Men's hockey world cup set to be held in Bhubaneshwar-Rourkela in 2023. Playing at home, India is set to open their campaign against Spain. 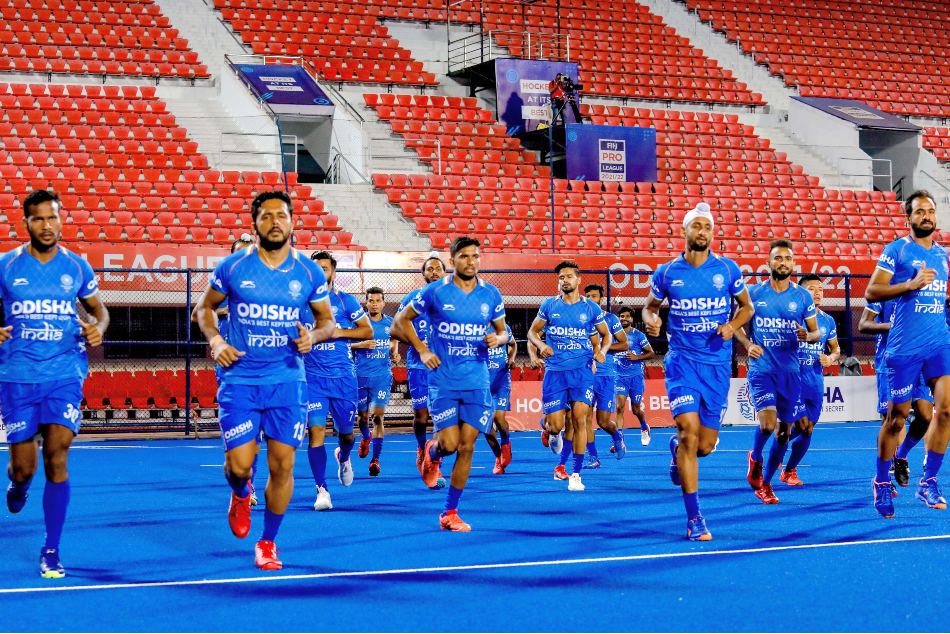 Speaking about playing at home, Manpreet said, "Now that we know where we will begin our campaign and against whom, there is certainly a lot of excitement in the team. We have all experienced how electrifying the atmosphere can be in Bhubaneswar's Kalinga Hockey Stadium and from what I have heard from my teammates who are from Sundergarh, the fans from this region are all looking to turn up in huge numbers for all the matches to be played in Birsa Munda Hockey Stadium in Rourkela. I can already feel the goosebumps thinking of the turnout for the opening game.

Odisha has become the hub of hockey, promoting the game and helping it grow tenfold in recent years. The skipper went on to add that playing in front of their fans will make the experience even more special. "It is the fans who make the experience of playing in Odisha doubly special and we are all eagerly awaiting to showcase our best in the FIH men's World Cup," he added.

Hosts India are grouped in pool D along with England, Spain and Wales and the home team will begin their campaign in Rourkela where they will take on Spain in the first game on January 13th.

"It will be quite incredible to play in the newly built Birsa Munda Hockey Stadium which will be the biggest stadium in the country with more than 20,000 seating capacity. We have been following the infrastructure development updates from that region and it is looking quite incredible. We believe the practice stadium is already up and ready. It is all looking fantastic, and we can't wait to move our preparations to Rourkela," Manpreet said.

Currently, the Manpreet Singh-led side is on a short week-long break till Sunday (Oct. 2). Following their break, the side will return to SAI in Bengaluru for the national camp ahead of the FIH Hockey Pro League matches against New Zealand and Spain set to be played in Odisha.

Speaking about their upcoming fixtures, the skipper added that this would serve as a great opportunity ahead of the World Cup. "It is great that we will get a chance to play against Spain now in the Pro League matches. It will give us an understanding of their game and what we need to improve upon before we meet them again in the first match of the World Cup.

"In all, these are exciting times for hockey, and I hope fans from all over the world will come to Rourkela and Bhubaneswar to support our campaign." signed off Manpreet.