Bhubaneswar, Nov 24: Vice-captain Sanjay scored a hat-trick but it was not enough as underdogs France stunned defending champions India 5-4 in their opening Pool B match of the FIH Junior Hockey World Cup here on Wednesday. 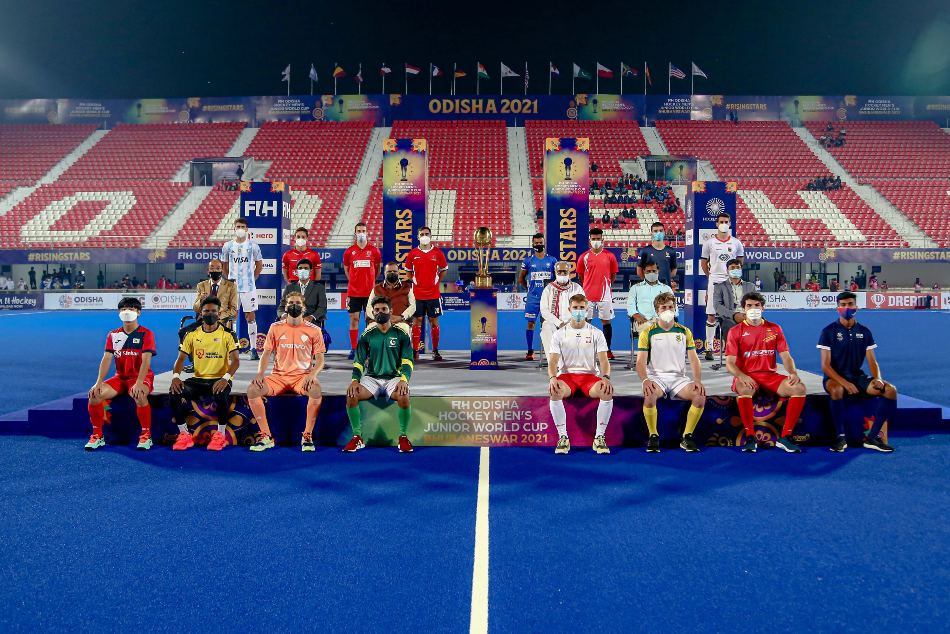 Skipper Timothee Clement (1st, 23rd and 32nd minute) scored a hat-trick, while Benjamin Marque (7th) and Corentin Sellier (48th) were the other goal scorers for world no. 26 France.

Sanjay (15th, 57th, 58th) converted three penalty corners for India while Uttam Singh (10th) scored the other goal for the hosts in the losing cause. France stunned India in the first minute of the match when a lazy defence of the hosts was caught off guard by Clement.

The brave Frenchmen punched above their weight and continued to attack the Indian citadel, which resulted in a second goal through a filed strike from Marque. Down 0-2, a stunned India responded back within three minutes and pulled a goal back with a field strike from Uttam.

Pumped up, the defending champions kept up the pressure with a flurry of attacks but the French defence stood tall to thwart them. India equalised at the stroke of the first quarter through a penalty corner converted by Sanjay. Minutes into the second quarter, India earned their third penalty corner but Uttam Singh was way off the target.

France took the lead once again in the 23rd minute when skipper Clement scored from a penalty corner. Pumped up, the Frenchmen continued to attack and earned a couple of penalty corners but the Indian defence stood tall. Two minutes from half time, India secured their fourth penalty corner but the French goalkeeper produced a terrific save to deny the hosts who went into the breather trailing 2-3.

Two minutes into the third quarter, France extended their lead when they got three successive penalty corners, the last of which was converted by skipper Clement to take a 4-2 lead. In the 38th minute, India secured another penalty corner but wasted the opportunity.

In the 48th minute, France made the scoreline 5-2 in their favour when Sellier scored from a field effort. Trailing by three goals, the Indians tried to turn the script and in the process attacked the France defence in numbers. Sanjay scored two more goals through two more penalty corners in the 57th and 58th minutes to bring down the scoreline to 4-5 but failed to stop the Frenchmen from registering the first upset of the tournament.