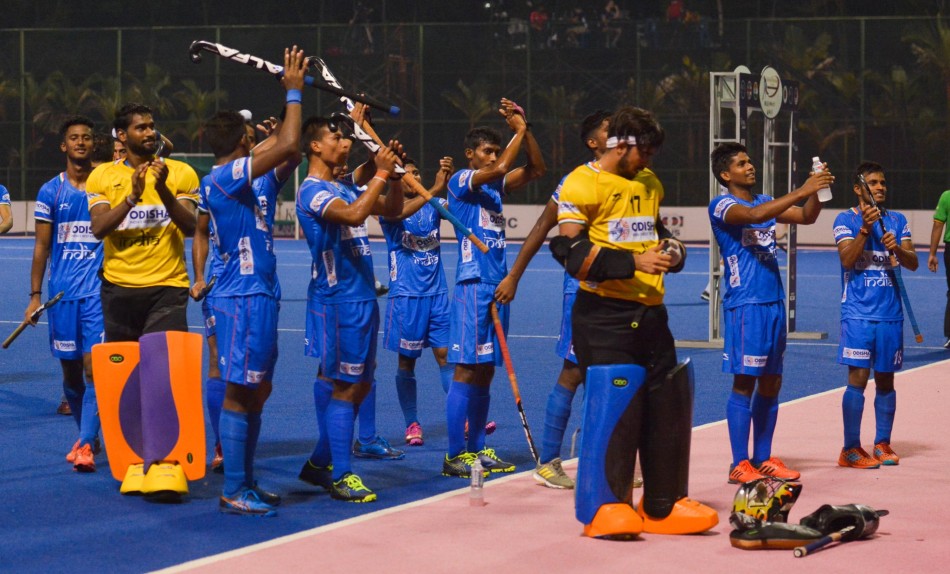 Holders India will open their title defence against France in Pool B on the opening day of the 16-team tournament at the Kalinga Stadium here on Wednesday. And Prasad, who was a part of the Indian team that won a bronze at the Tokyo Olympics earlier this year, said he just tried to pass on his experiences to his junior teammates.

"We have played a few practice games against the senior team. That experience will be helpful. The starting match is always important in any tournament," he said in a virtual press conference on Tuesday.

"During my stay with the senior side, I have learned some valuable lessons from the big stage like team always comes first. My job will be to keep the team together and pass on Olympic experience as much as I can."

Indian men's hockey chief coach Graham Reid, who has been working with the juniors after guiding the country to the Olympic bronze, said his job was just to help coach BJ Kariappa, who has been with the youngsters since the last one-and-half years.

"They have been working with Kariappa since the last few years in Bengaluru. My job was to put icing on the cake but it is very difficult to do so in such a short period," he said.

"The routine is the same with both the seniors and juniors...pass on as much experiences as we can. It is pleasing to watch Vivek pass on his knowledge and show leadership skills. Hopefully we can use some of those experiences here."

Reid said the Junior World Cup has always been a big platform to scout talents for the senior side. "It's a natural progression. I am hoping to get intermediate group in between the World Cup. The tournament is a good ground to find new players.

"If these guys show any talent like some of the guys of 2016 Junior World Cup winning side, then we can say India is on a strong position in world hockey. It is their opportunity to showcase their talent on the world stage," the Australian coach said.

The junior hockey World Cup is always considered as a stepping stone for aspiring youngsters to play the game at the senior level as nine players from the 2016 junior squad represented India at the Tokyo Olympics.