Bengaluru, July 31: With Great Britain beating Ireland 2-0 in their last group encounter, Indian women's hockey team made it to the quarterfinals of Tokyo 2020 where they will face Australia as they reached the round-of-eight in Olympics after a gap of 41 years.

The Rani Rampal-led squad had earlier in the day defeated South Africa 4-3 to make it two wins from five matches.

But India's passage to the knockout stage heavily depended on the Great Britain vs Ireland match outcome as an Ireland win would have put them in a tight corner.

However, Great Britain, the defending champions, did India a huge favour by blanking them. 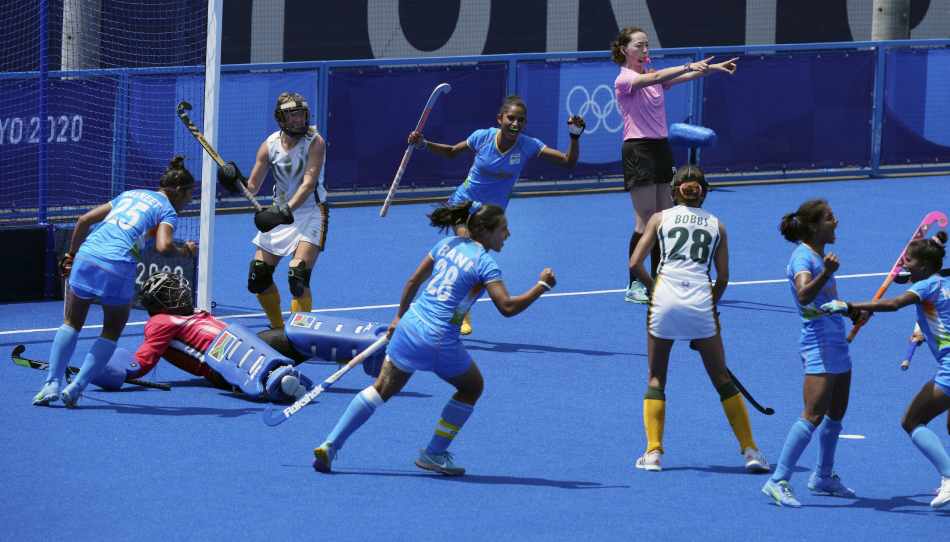 India finished their group A league proceedings in fourth place with six points, riding on back-to-back wins over Ireland and South Africa and will now face pool B toppers Australia in the round-of-eight tie on Monday (August 2).

Indian women team's best finish at the Olympics was in Moscow back in 1980 when they reached the semifinals.

While Great Britain's win was required, no one can take away credit from Vandana Kataria, who scored a hat-trick in India's win in a pulsating morning clash against the South Africans. Kataria (4th, 17th, 49th minutes) achieved a rare feat by becoming the first Indian woman hockey player to score a hat-trick in the Olympics. 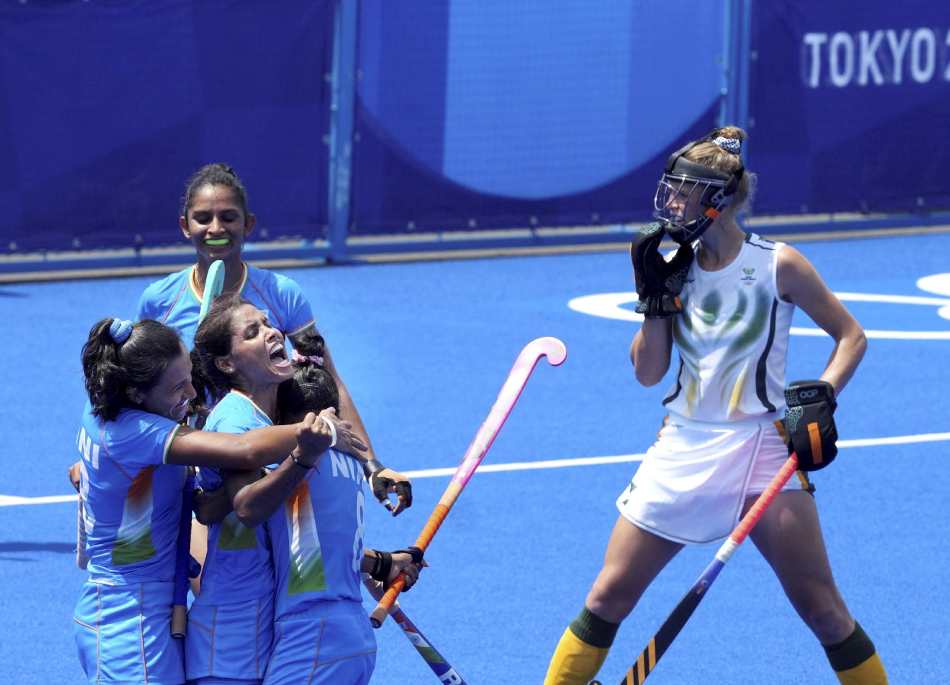 "Today's game was really tough, South Africa gave us a really good fight. They converted their chances in the circle. Defensively, we can be a lot better," said Rani after the match.

India's chief coach Sjoerd Marijne, who had earlier given the team a dressing down after the crushing defeat to Great Britian, heaved a sigh of relief, though but was not happy with the number of goals his side conceded.

"We gave too many goals away, and I think we can score more goals, that's the main thing for today. We did what we had to do, we had to win this match, and we did," he said.

"Playing in these circumstances, you feel it, the humidity and I think it's more than 35 degrees on the pitch, it doesn't make it easy," he added.

The Dutchman feels the knockout stage would be different ball game from the group stage.

"The tournament starts again. If you play well, or not well in the pool matches it doesn't matter, it starts all over.

"It'll be another type of game because it's high pressure, everything or nothing. The good thing is we had that in the last two matches, so we've already experienced that."