Tokyo 2020: We need to keep our emotions in check and avoid cards: Reid ahead of semifinal against Belgium

Tokyo, Aug 2: The Indian men's hockey team Chief Coach Graham Reid has sent out a strong message to his players about keeping their emotions in check ahead of their historic semifinal encounter against World Champions Belgium on Tuesday (August 3). 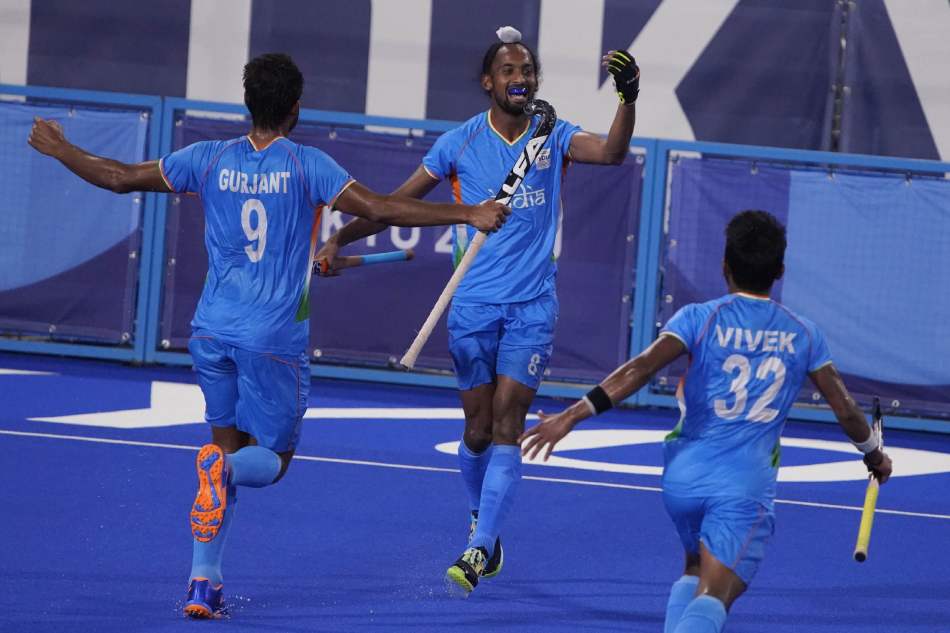 While the Australian expressed that he was happy with the 3-1 victory against Great Britain in the quarterfinal on Sunday and lauded their fighting spirit, he highlighted that the two green cards and one yellow card in the game is something they ought to avoid against a world class team like Belgium.

He said, "I am very proud of the players. We fought hard and sometimes that is what you have to do in final situations of a crunch game like the quarterfinal. You have to fight, bite and scratch. We were very lucky yesterday because they (Great Britain) created more opportunities than us but our PC defence and Sreejesh especially were magnificent last night. They saved us."

"But looking forward, the things we can learn from last night is that there is a difference between passion and emotion. Sometimes, we let our emotions take over. We need to keep 11 players on the pitch. The problem is that we played a lot of our game against Great Britain with 10 men on the pitch. We can't do that against Belgium and think that we can be victorious. That will be the big message to the team today when we have a meeting," asserted Reid.

With the team winning the crunch quarterfinal game with three field goals from Dilpreet Singh (7'), Gurjant Singh (16') and Hardik Singh (57') is a plus. However, Reid believes there is still some work to be done in ensuring a sustained attack.

"It was great to score field goals against Great Britain. We didn't get any corners, so of course we also need to be working on a sustained attacking pressure which I always talk about with the players. As I said, against a team like Belgium, it will be very important to keep all 11 players on the pitch the entire duration," added Reid.

On the cusp of creating history, India will be gunning for a victory on Tuesday and will be riding on their recent experiences against Belgium. India have tasted success against them in the FIH Hockey Pro League in 2020 where they beat the World Champions 2-1 in their second game and had lost 2-3 in their first of the two double headers in Bhubaneswar.

Previous to that, India had taken on Belgium in Test Matches where they beat them 5-1, 2-1 and 2-0 in 2019. At the Odisha Men's Hockey World Cup Bhubaneswar 2018, the Indian Team had drawn 2-2 in their Pool C encounter against Belgium and had secured a 1-1 draw in the FIH Champions Trophy in Breda the same year where India won a Silver Medal. But at the tournament like the Olympic Games, head-to-head stats make little difference, emphasized team Skipper Manpreet Singh.

"As far as Belgium is concerned, obviously they and Australia have been sharing the World No.1 spot for the last 18-24 months. So, in that sense, Belgium will be a very difficult opponent. But we have played them a fair bit in the past and have the experience of doing well against them too. So, we need to focus on the things that we can do against them and make sure that we are much more disciplined in defence and our structure is much better," stated the young captain.

Looking back at the week that was in Tokyo, Manpreet highlighted the squad's spirit to fight back. He said, "If you look back into the week, and what this group has been through, I think we showed a lot of determination and the willingness to fight particularly in the Quarter Final game last night. That's a real plus. We are going to need that same fighting spirit against Belgium tomorrow."

On Tuesday (Aug 3), India will take on world champions Belgium.