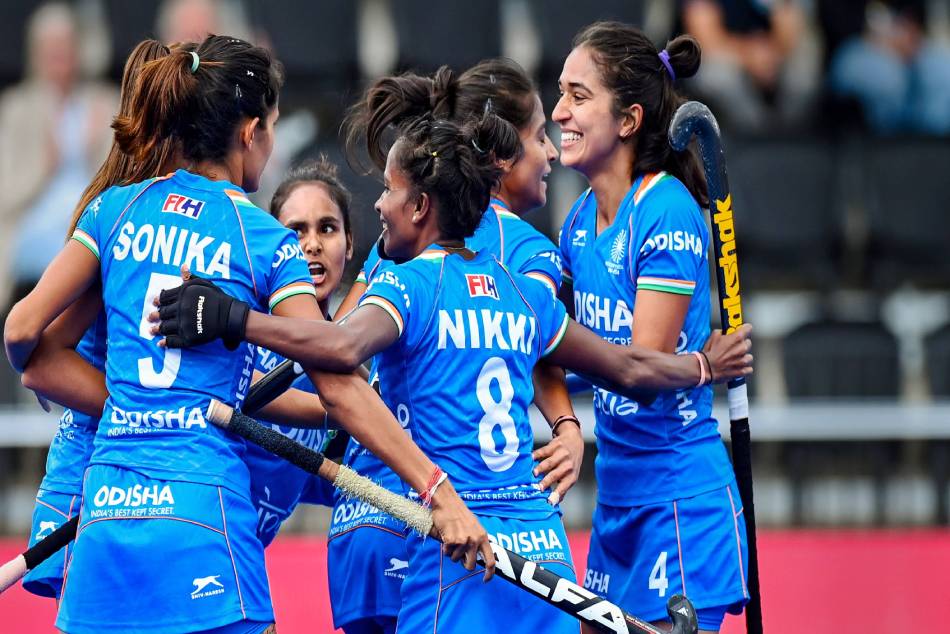 India started the match on front foot as Neha passed the ball inside the circle towards Navneet Kaur to set up an early chance. A few minutes later Gurjit Kaur tried to give India the lead from a Penalty Corner. But Japan's Moeka Tsubouchi defended well to clear away the ball. The best chance for the Indian team came when Navneet Kaur broke through Japanese defence and penetrated inside the circle. But Japan averted the danger and the first quarter ended with both teams at 0-0.

India began second quarter from where they had left off. An early threatening move forced Japan's Shihori Oikawa to save the ball from the edge of the goalpost. A shot on target from Vandana Katariya a couple of minutes later tested goalkeeper Eika Nakamura. A Penalty Corner in the 20th minute led to Yu Asai opening the scoring for Japan. Navneet Kaur equalised the score with a stunning late goal and the two teams went to halftime at 1-1.

The second half started with both teams keeping the ball in the midfield and trying to maintain possession. An early Penalty Corner attempt from Gurjit Kaur went wide off the target. But a few minutes later, Deep Grace Ekka converted from another Penalty Corner, hitting the ball towards the bottom right corner to give India a 2-1 lead. Japan conceded once again in the final seconds of the quarter as Navneet Kaur scored her second goal of the match, and India increased their lead to 3-1.

Japan started searching for goals to get back into the contest straight away in the final quarter. But India maintained a strict defence line to prevent any danger. Lalremsiami opened up a dangerous move from the right flanks to put the opposition on the backfoot again. In the final few minutes of the match, India maintained possession deep inside Japan's half, while the opposition struggled to get on to the ball, and India picked up a comfortable 3-1 win over Japan.