The Bengaluru-based side have shown that they are way more than Pawan Sehrawat in the recent outings with the secondary raiders Bharat and Chandran Ranjit finding form.

While High-Flier Pawan Sehrawat led from the front with a Super 10 to guide Bulls to the semifinal via a thumping 49-29 win over Gujarat Giants in the eliminator, in which defensive unit of Mahender Singh, Aman and Saurabh Nandal also scored 13 points in total.

Also, raiders Chandran Ranjit and Bharat contributed both offensively and defensively scoring 6 and 7 points respectively. So, Bulls will look to keep their winning combination intact when they face Delhi, who earned a direct entry into the semis after they finished second on the points table. 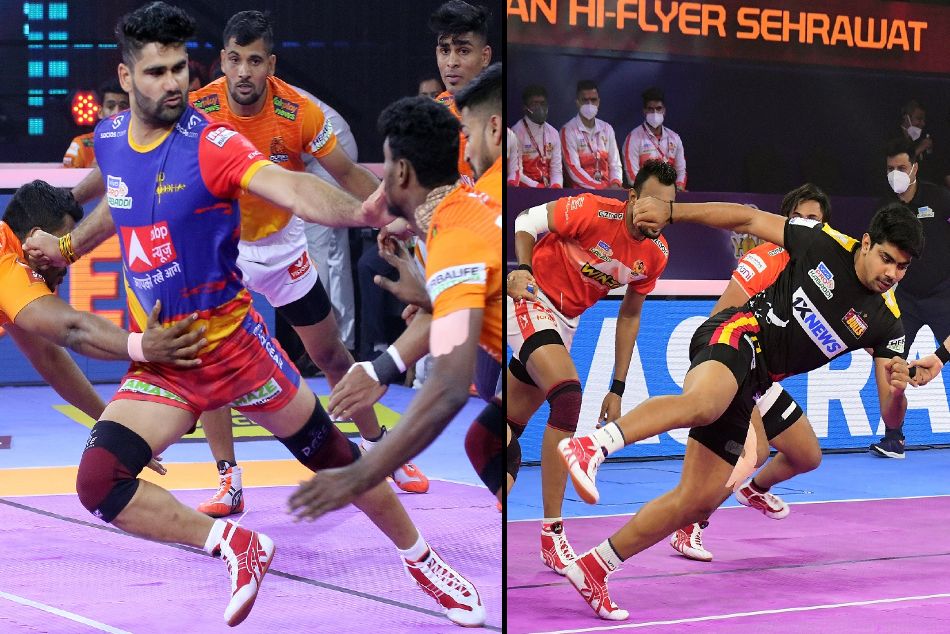 Dabang Delhi have missed their star raider Naveen Kumar for most part of the season through injury. They also rested him in their final league stage match last week. So, the Naveen Express will be fresh and ready to test the Bengaluru defence.

Apart from Naveen, Delhi will hope all-rounder Vijay and Ashu Malik or Neeraj Narwal or Manjeet will provide assist to their star man with revival when he is off the mat.

The Delhi defence is made up of experience as veterans Joginder Narwal and Manjeet Chhillar will be joined in tackling duties by Sandeep Narwal, Jeeva Kumar or Krishan.

In the two meetings between the two sides earlier this season, Bengaluru Bulls absolutely decimated Dabang Delhi K.C. 61-22 in the first fixture, while the reverse fixture ended in a 36-36 tie after Pawan Sehrawat's mistake in the final raid of the match.

Overall, the two sides have met 14 times in PKL, with Delhi holding a huge lead of 8 wins to Bengaluru's 5 wins, while one match has ended in a tie and that was their most recent meeting.

Bulls head into the semifinal contest with two defeats in their last 5 matches in PKL 8, while Delhi have won lost once, won three times and tied once in their last 5 outings.

The important battle to watch out for in the high voltage clash will be Pawan Sehrawat vs Manjeet Chhillar and Sandeep Narwal.

Now, let's take a look at the possible playing 7s and dream11 team for Dabang Delhi K.C. vs Bengaluru Bulls: