Bengaluru, October 3: U Mumba produced a clinical performance to beat Patna Pirates 30-26 and seal a place in the play-off of the Pro Kabaddi League (PKL) season seven.

U Mumba captain 'Sultan' Fazel Atrachali led from the front as U Mumba neutralised Patna's Pardeep Narwal with a strong performance in the defence in front of a packed audience at Panchkula's Tau Devilal Sports Complex.

U Mumba started the first half brightly with the defence taking an aggressive stance from the first minute. The Mumbai side played like a team keen on sealing a play-off berth and Atrachali set the tone early with double thigh hold tackle on Patna's lead raider Narwal in the very first minute of the match.

Abhishek Singh, ably supported by Athul MS, provided the firepower for Mumba in the raids as Mumbai cruised to a lead.

The season two champions clinched their first All-Out of the match in the 9th minute to open up an 8-point lead. Atrachali reached the milestone of 300 overall points in PKL in the process. 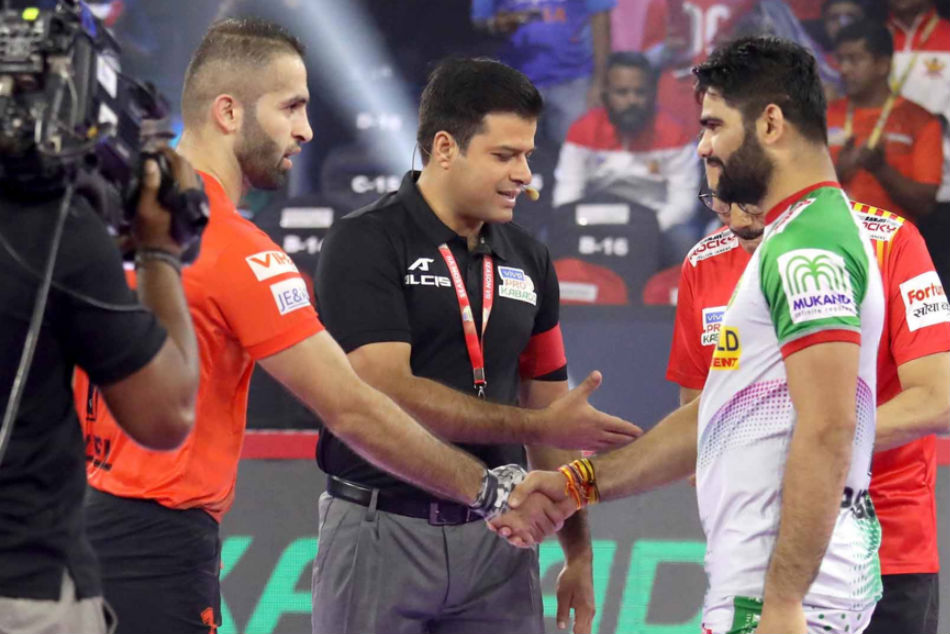 But Patna clawed their way back in the closing stages of the half thanks largely to improved performances by Narwal and Jang Kun Lee. The 'Dubki King' Narwal produced a two-point raid with under three minutes left for the half time to reduce Mumba's lead to 5 points. The half ended 17-13 with Mumbai on top.

The #Mumboys seal a 💪 victory in #MUMvPAT and book their spot in the Playoffs!

Stay right where you are - we have #LIVE action from #HARvBLR coming up:

U Mumba started the second half with a Super Tackle on Narwal but Patna composed themselves to stay in the match despite the latter being off the court for a long duration.

Mohammad Esmaeil Maghsoudlou impressed with his all-round efforts while Lee's improved raiding also helped Patna stay in touch. Atrachali meanwhile was giving everyone a masterclass on captaincy, marshalling and motivating his troops to stick to the gameplan. 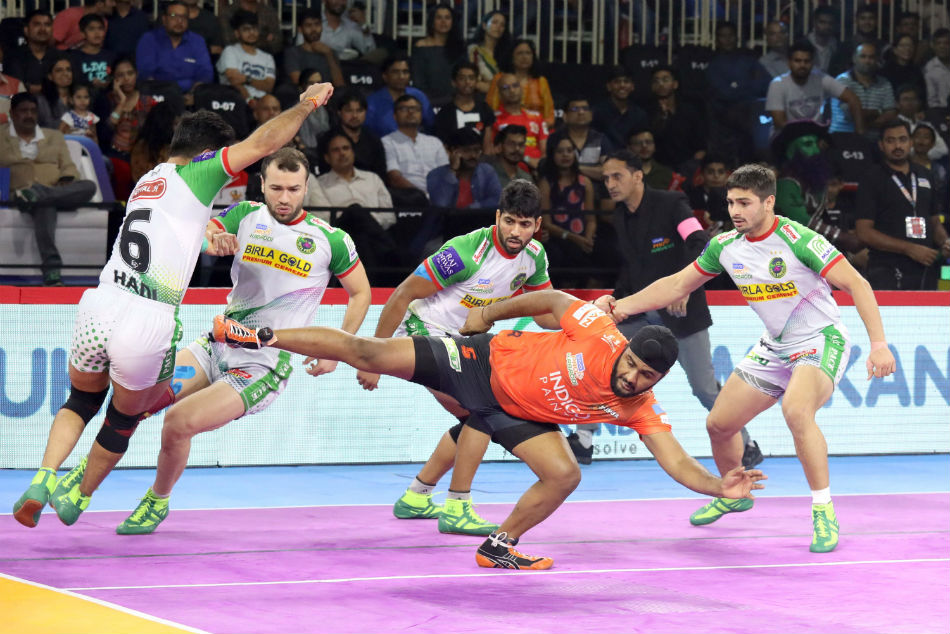 His pat on the head of Young Chang Ko after a mistimed tackle by the Korean indicated a strong sense of unity Atrachali had inculcated in the team. Patna got lucky with six minutes remaining when Lee ventured out-of-bound and took three U Mumba defenders with him.

With the point margin reduced to just a point and momentum heavily on Patna's side, the three-time champions might have smelled an All-Out but Rohit Baliyan's kick helped U Mumba revive another player to stay in the lead. The Mumbai defence held firm in the final minutes to clinch a seat in the play-offs.