New Delhi, May 18: Indian boxer Nikhat Zareen punched her way into the final with a sensational win in the 52kg category semi-finals at the 12th edition of the IBA Women's World Boxing Championships in Istanbul on Wednesday (May 18).

Manisha and debutant Parveen, however, ended their campaigns with bronze medals after defeats in their respective semi-final bouts on Wednesday (May 18).

Manisha (57kg) and Parveen (63kg) gave their all but ended up with 0-5 and 1-4 defeats against the 2020 Olympic Games bronze medallist Italy's Irma Testa and Ireland's Amy Broadhurst respectively.

Playing her only second World Championships, Nikhat will take a shot at gold on Thursday (May 19) when she squares off against Thailand's Jitpong Jutamas in the fly weight final.

In the first Indian bout for the day, Nikhat started off cautiously but soon shifted the gears and went into all out offensive, unleashing a flurry of punches.

Her Brazilian opponent struggled to keep pace with a technically superior 25-year-old Indian, who looked in commanding position after the first two rounds.

Having taken a lead, the former junior youth world champion, Nikhat didn't let the momentum slip in the final round as she moved around the ring, maintaining distance and also hit some timely punches before securing a dominating victory. 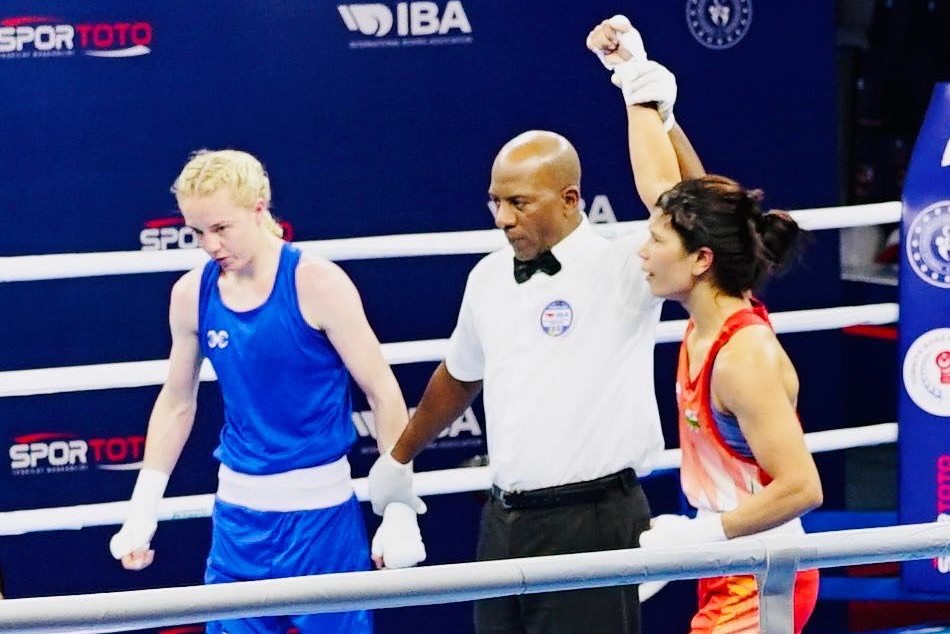 However, in the feather weight category, Manisha tried her best but found it tough to cope with her strong rival from Italy, who fought aggressively and did not give the Indian many chances.

Parveen too faced a tough challenge from the Irish boxer in a more physical bout. The Haryana youngster, despite losing the first round, recovered well and made an impressive comeback.

However, the 2019 European Championships bronze medallists Broadhurst took charge in the final round and clinched the intensely-fought match in her favour, ending the Indian's dream run on debut at the prestigious event, which has been witnessing exciting action in the presence of 310 boxers of 73 countries from across the world.

This year's tournament also marks the 20th anniversary of the Women's World Championships.

In the last edition of the tournament, held in Russia in 2019, Indian boxers clinched one silver and three bronze medals.

India have won 36 medals, including nine gold, eight silver and 19 bronze, in the 11 editions of the tournament so far-third highest after Russia (60) and China (50).