I'm going to go to NASA now! - History-making Nunes predicts momentum will take her 'to the moon'

Las Vegas, June 7: Amanda Nunes said she plans to ride her upward trajectory "to the moon" after making history with her UFC featherweight title victory over Felicia Spencer on Saturday (June 6).

Nunes (20-4) became the first UFC fighter to defend belts in two weight classes while holding both titles by claiming a unanimous decision verdict after a dominant five rounds with Spencer.

The Brazilian, who is also the bantamweight champion and spent much of the fight with a smirk on her face, was delighted to prove her endurance by going the distance in a battle with a fierce competitor at UFC 250.

There are concerns that there no longer remains a female in the UFC capable of challenging Nunes' supremacy, and the 32-year-old does not envision her momentum stopping any time soon. 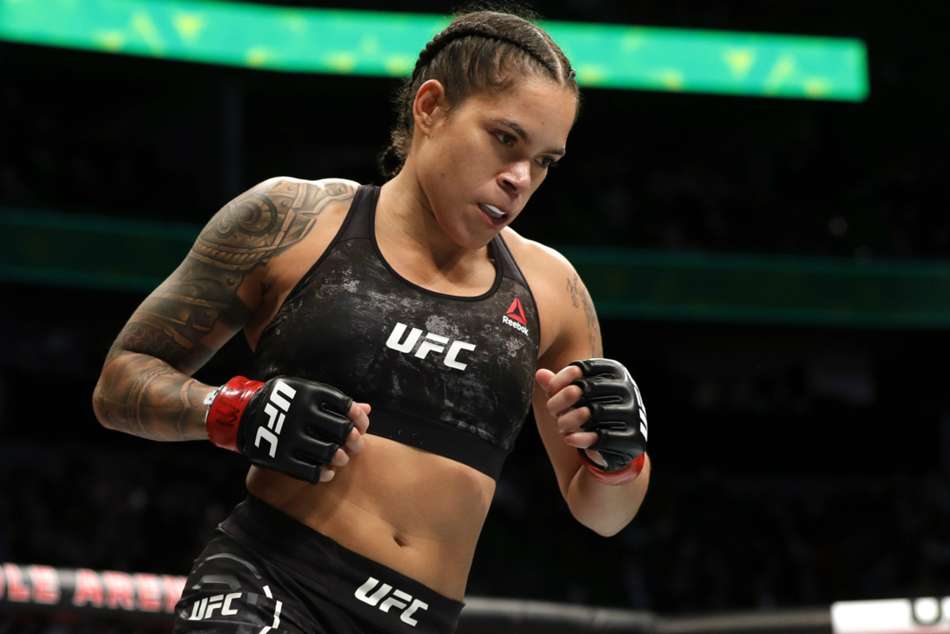 "I wanted to go five rounds with the most tough girl and tonight I proved it," Nunes said in a post-fight news conference.

"I knew Felicia is the toughest girl in this division and I knew she was gonna handle it exactly as she did. And I just wanted to prove it. I can go to six rounds, not only five anymore, and laugh, enjoy being there.

Farewell to the old belt! 🏆

With @Amanda_Leoa's defense - every weight class has the newest edition of gold. #UFC250 pic.twitter.com/Rr1yVyylwH

Nunes would not be drawn on who she sees as her next opponent, instead turning her focus towards some time off to welcome her first baby, which her wife is due to give birth to in three months, and have a leg injury investigated.

"A break for sure, I have to see what's going on with my leg, it always gets hurt," she said.

"And my baby is coming in three months. I have to organise so many things, her room, so many things. I think maybe off [for the rest of the year] for sure."

Despite suggestions of a lack of untested talent capable to truly test Nunes, UFC president Dana White believes the Brazilian can make more history if she desires.

"When you think about [next] opponents we think back to Anderson Silva, Jon Jones and many others [where] we were here having the same conversation: who's next? There's always somebody next.

"Not off the top of my head. She's at number eight [title fight wins] right now, three more and she ties Anderson Silva. Three more after that and she ties Jon Jones.

"It's gonna depend on how high she wants to set this bar and how long she wants to keep fighting, because she's made enough money to retire."