Ad Diriyah (Saudi Arabia), December 8: Anthony Joshua said he "would love" to unify his belts against Deontay Wilder as the prospect of a highly anticipated heavyweight showdown edges closer after the British boxer regained his titles.

In a rematch with the man who sensationally dethroned him in June, Joshua reclaimed the WBA, WBO and IBF belts by unanimous decision against Andy Ruiz Jr in Saudi Arabia on Saturday (December 7).

Joshua produced a calculated performance to avenge the only loss of his professional career – the challenger prevailing 118-110 on two of the scorecards and 119-109 on the other.

After becoming a two-time heavyweight champion, attention quickly turned to Joshua and a potential blockbuster with WBC holder Wilder, who is set to meet Tyson Fury in a rematch. 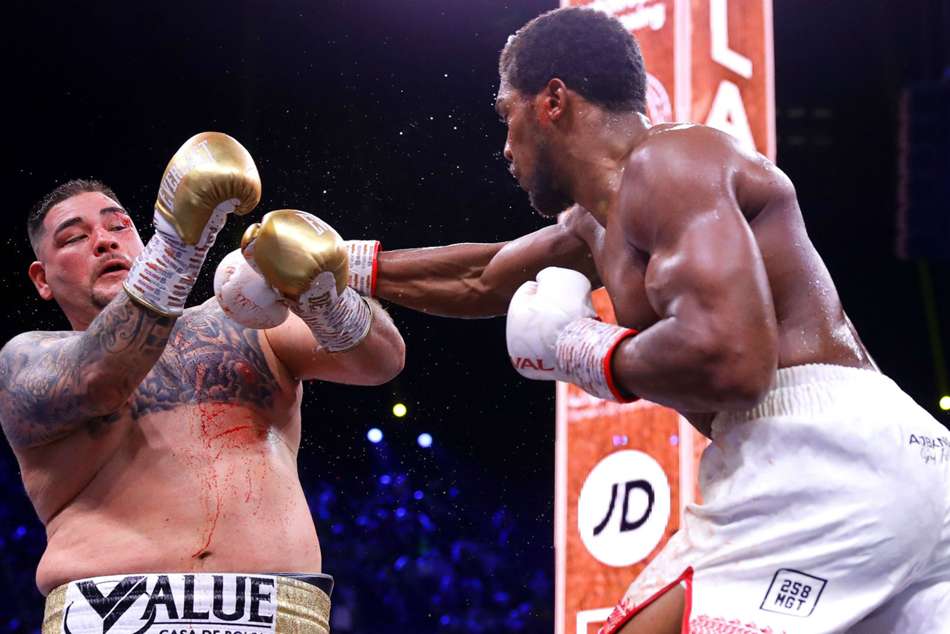 Asked whether he wanted a unification bout against Wilder, Joshua told reporters: "Yeah, definitely. I would love to. I've united four.

"It's hard to keep and unite them. We will see what happens. I think me chasing, same in the fights, it may come crashing down. I'm just gonna let the path take its course. When the opportunity presents itself, I'll step up and take the challenge."

While Joshua versus Wilder is the fight everyone wants to see, the 2012 Olympic gold medallist is open to facing Ruiz again in Saudi Arabia to complete the trilogy.

"The great thing is his view on Saudi Arabia," Joshua said when asked about Ruiz's determination for a third battle. "That's a positive because he was a bit wary at first, so it's nice to see he has changed his opinion.

"It's neutral ground and territory. If he is keen, [Oleksandr] Usyk and [Kubrat] Pulev, Ruiz, I don't want to mention the other guys names, you know who they are but when they're ready.

"I've fought a lot of great names on my record and beaten some good names too. Andy is still on that list because we make good music. He is a good dancing partner."

Before any potential bouts with Ruiz and Wilder, Joshua has mandatory commitments to fulfil.

The WBO ordered Joshua make his mandatory defence against Oleksandr Usyk within 180 days, while the IBF wants the heavyweight champion to face challenger Kubrat Pulev.

"Pulev is the IBF mandatory. Usyk is the WBO mandatory. I see him (Joshua) wanting to take both of those fights as well.

"We will have to speak to the governing bodies, see who goes first. Then deal with that. Joshua will have a nice Christmas, and we will work behind the scenes."