Jakarta, August 19: India opened its account in the 18th Asian Games with Ravi Kumar and Apurvi Chandela winning the bronze medal in the 10m mixed air rifle event in Jakarta on Sunday (August 19). 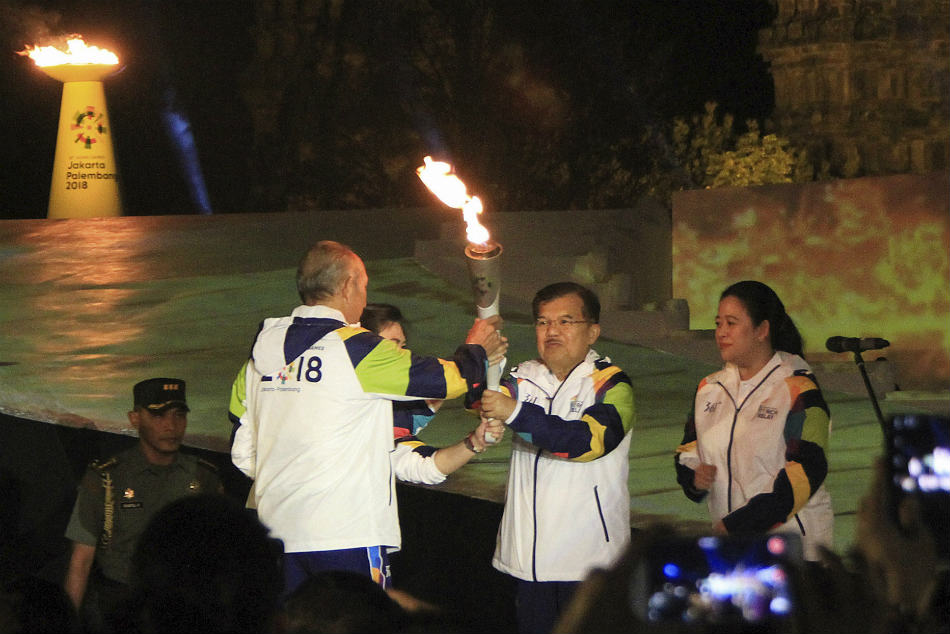 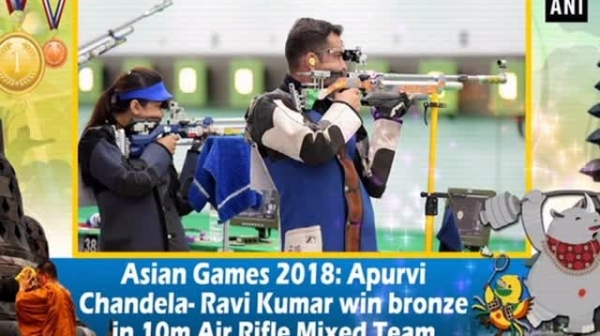 The duo of Kumar and Chandela finished third on the podium with a score of 429.9. Chinese Taipei claimed gold with 494.1 with a Games record while China bagged silver with 492.5.

The Indians were in second spot for major part of the 48-shot finals before China overtook them to take the silver. The strong Chinese pairing of Ruozhu Zhao and Haoran Yang ended with a score of 492.5. Chinese Taipei's Yingshin Lin and Shaochuan Lu claimed the gold, scoring 494.1.

Korea and Mongolia finished fourth and fifth respectively in the event held for the first time at the Games. It was a maiden Asian Games medal for Chandela, who will be aiming for a better colour medal in the 10m air rifle.

Chandela is also a multiple time World Cup winner and had bagged gold at 2014 Commonwealth Games in Glasgow. World Cup bronze medallist Kumar, who is mentored by the great Abhinav Bindra, had won a men's 10m rifle team bronze at last the edition at Incheon. Chandela, having won the first Games medal for the country, was satisfied with her performance.

"Our best finish together was fourth at the World Cup and we have improved on that. My first Asian Games medal and my first medal for India here. I am really happy about that but my focus is on main event (10m rifle) tomorrow," Chandela told PTI.

Asked about slipping to third from second in the elimination stage, Chandela added: "This happens in shooting. I think we shot alright."

Kumar said, "This bronze has come only because of apurvi. The final was a disappointment after a decent qualification. We didnt get enough time to train together."

Mixed team of @Apurvichandela and Ravi Kumar wins first medal for India in this Asian Games. They have won🥉 in 10m air rifle mixed team.
Great show, team. Many congratulations to them! 👏🏻👏🏻#IndiaAtAsianGames #ProudIndia 🇮🇳 pic.twitter.com/9ctzZPCvCz

After the first series, India were second with 102.9 while Korea led with 103.4. Indian remained in that position even after the third series but the Chinese improved drastically to steal the second spot. Mongolia were the first to be eliminated, followed by Korea.

Earlier, Kumar and Chandela had finished second in the qualification with a total score of 835.3. Both shooters fired 40 shots each in the 50-minute session. South Korean pair of Hyeonjun Kim and Eunhea Jund had topped the session with 836.7. Mongolia were third with 832.1, China fourth with 831.1 and Taipei sealed the fifth and final qualification spot with 829.8.

There was disappointment in store for pistol mixed team of teen sensation Manu Bhaker and Abhishek Verma, who failed to qualify for the finals after being tied with Kazakhstan. Both teams were tied at 759 points after 80 shots but the Kazakh sealed the fifth and final qualifying spot with more inners 10s than India (25 to India's 14).

"Manu did not shoot to her potential. She was angry and agitated towards the end. She needs to work on controlling her anger. Abhishek needs to learn how to cope up with pressure in big events. It is new for him. They both will learn," said pistol coach Jaspal Rana.

Bhaker had raised expectations after becoming the youngest Indian women to win a gold at the Commonwealth Games in Gold Coast. The 16-year-old had also won two gold medals at the Guadalajara World Cup earlier this year.