New Delhi, September 23: The Indian Olympic Association (IOA) was left red-faced during Sunday's (September 23) felicitation ceremony to award cash prize to Asian Games medallists as the parent body got multiple names wrong on the cheques and even missed out on one. 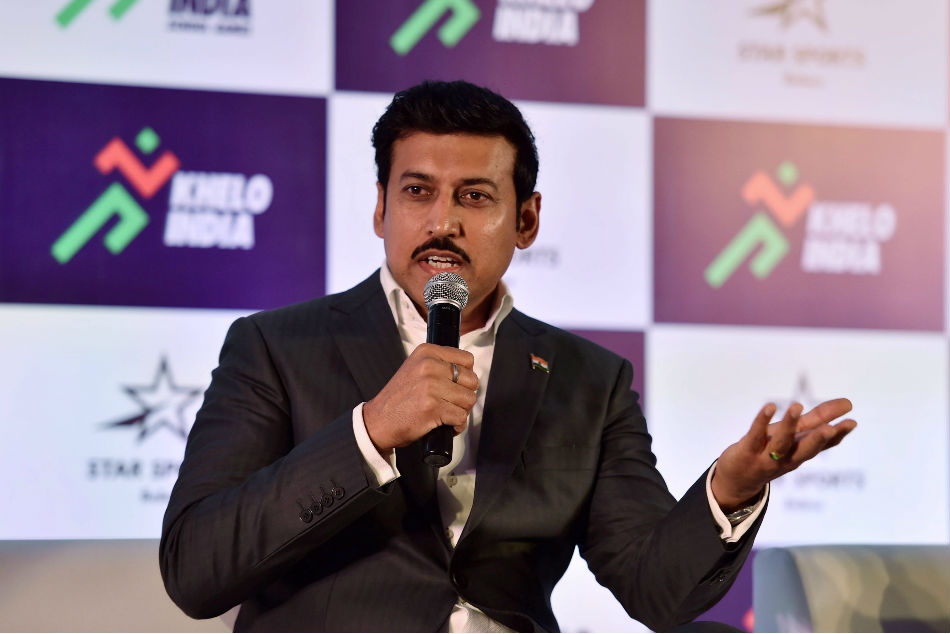 Funding for 2022 Asiad, CWG to continue despite focus on 2020 Olympics: Rajyavardhan Singh Rathore

At the felicitation of our #AsianGames2018 champions by IOA.

Compliments to IOA for felicitating Asian Games medalists for the first time in its history.

Was my pleasure to have another opportunity to meet our #AsianGames medalists. pic.twitter.com/pe6hsrt7RN

"I would like to apologise in advance for our mistake. The names of around 14-15 players have been printed incorrectly so we will give them a bouquet. But don't worry, you will get your cash prizes. I didn't want to give cheques with misspelt names," President, IOA, Narinder Batra, said.

In another embarrassing moment, the organisers forgot to mention the name of bronze medal winning wrestler Divya Kakran. It was only after Kakran's parents raised the issue with Batra after the ceremony had ended that the president called Sports Minister Rajyavardhan Rathore, who had almost left the venue, to announce the prize for Kakran.

"They are saying her name is not on the list but we had given her name. I don’t know what is happening," Kakran's mother told PTI. "There is always a first time. The players performed so well that we decided to award them with cash incentives. We will continue to give these cash awards in future be it the Olympics, Commonwealth Games or the Asian Games," Secretary General, IOA, Rajeev Mehta told PTI.

"The funds for these incentives will be provided by our sponsors," he added. Several players were missing from the ceremony including gold medallists -- javelin thrower Neeraj Chopra and tennis players Rohan Bopana and Divij Sharan, wrestlers Bajrang Punia and Vinesh Phogat along with badminton medallists PV Sindhu and Saina Nehwal.

Indian athletes returned with the highest ever 69 medals from the Jakarta and Palembang Asian Games – 15 gold, 24 silver and 30 bronze. While awarding the players, Batra encouraged the medallist to aim for medals in the Olympics as well.

"We should now target double digit medal in the Olympics. We are a country of a billion people, there is no dearth of support from ministry or Sports authority of India. We have to achieve this feat, there should be no compromise" he said.