Commonwealth Games 2022: Highlights: India finish fourth on the points table with 61 medals in their kitty

The Commonwealth Games 2022 which got underway in Birmingham on July 28th with a dazzling opening ceremony at the Alexander Stadium in Birmingham, England, concluded on Monday (Aug 8) with a spectacular closing ceremony.

The Birmingham 2022 Games was held across 15 venues spread across the West Midlands region, with seven of them being located in the city of Birmingham.

India's best CWG medal haul was in the 2010 edition held at home. India has fielded a strong contingent and is looking to improve its medal haul.

The final day in Birmingham saw India clinch four gold medals, one silver and one bronze, taking India's final medal count to 61. India finished fourth on the points table, with sixty one medals from Birmingham, including, - 22 gold medals, 16 silver medals and 23 bronze medals.

Here mykhel brings you the live updates from the 2022 Commonwealth Games:

It’s a wrap in Birmingham! It has been an absolutely thrilling and exciting eleven days, covering the 2022 edition of the Commonwealth Games, but as all good things come to an end, it is time to wrap up our coverage of the exciting Games. With several records broken, history made and memories to last a lifetime, the Birmingham Games has been the biggest-ever Commonwealth Games. The Indian contingent had a memorable run as they ended fourth on the points table, with 61 medals in their kitty - including 22 gold medals, 16 silver medals and 23 bronze medals. Australia finished on top of the table with 178, followed by hosts England at second place with 176 medals and Canada completing the top three with 92 medals in their kitty. A dazzling closing ceremony brought the curtains down as Prince Edward, Earl of Wessex, declared the 2022 Birmingham Commonwealth Games over!

The Games are heading back to Australia for 2026... "Let us reconcile, smile, and walk together joyfully." 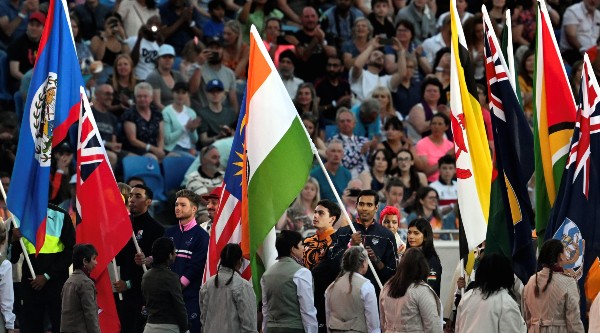 India's flagbearers at the closing ceremony:

The Birmingham Games has been officially closed. Over to Victoria next!

What a way to bring it all to an end!

Did you know that Jorja, from Walsall, has been writing her own songs since she was 11!?#B2022 #CommonwealthGames pic.twitter.com/YC9IvdHSXb

Over to Victoria: The state of Victoria, Australia will be the next host of the Commonwealth Games in 2026.

A recap of the 11 action-packed days in Birmingham.

Sport is just the beginning. 🥇

Over the last 11 days, performances of passion and pride set Birmingham alight.

Take a look at the highlights of a fantastic competition showcasing not just world class talent, but humanity, equality and destiny. ❤️#CommonwealthGames | #B2022 pic.twitter.com/S97BISFOPo

The David Dixon Award is presented to the Outstanding Athlete of the #CommonwealthGames, who shows an exceptional level of performance, commitment and fair play.

As the curtains drop, here's a look at the final medals table. India finished fourth with 61 medals.

The smiles say it all. 🤩

Our flagbearers and athletes proudly representing their country, celebrating an incredible 11 days of sport. #B2022 | #ClosingCeremony | #CommonwealthGames pic.twitter.com/eHgtQy5Y3K

The smiles say it all. 🤩

Our flagbearers and athletes proudly representing their country, celebrating an incredible 11 days of sport. #B2022 | #ClosingCeremony | #CommonwealthGames pic.twitter.com/eHgtQy5Y3K 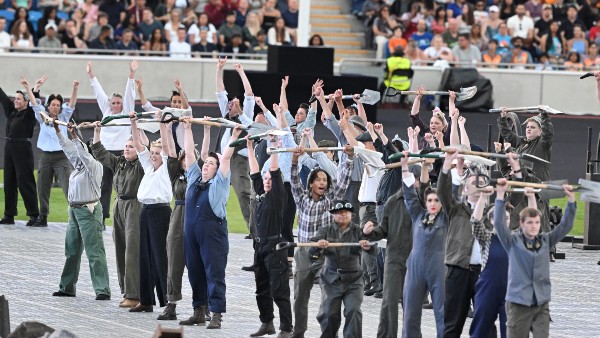 Artists performing at the closing ceremony

The athletes and fans enjoy a dazzling show

Words of praise from the legend

As our #CommonwealthGames2022 campaign ends, I would like to appreciate our athletes who participated, and best wishes for all their future endeavours. pic.twitter.com/XPNmJue8PF

Fans were treated to Apache Indian’s performance as he kept the crowd on their toes with the hit single ‘Boom-shack-a-lack’.

You can download and listen to all the music from tonight's Closing Ceremony on Spotify.

Birmingham 2022 has been the biggest Commonwealth Games ever, with more sporting sessions than ever before!

More than 5,000 exceptional athletes from across the Commonwealth have competed here in the West Midlands over the past 10 days!#B2022 #CommonwealthGames pic.twitter.com/lS04lkKGnZ 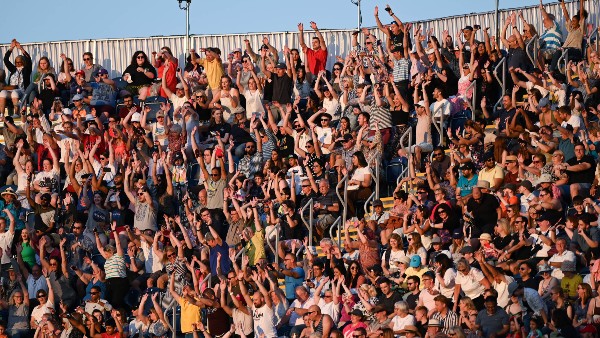 Spectators at the Alexander Stadium enjoying the closing ceremony

With more sporting sessions than ever before, the Birmingham Games concludes as the biggest Commonwealth Games ever. More than 5,000 athletes have competed over the past 11 days from 72 nations and territories. Over the last week and a half 877 medals have been awarded.

Birmingham was the third most bombed City during World War Two - but from the rubble came hope.

To the soundtrack of 100 Mile High City from Solihull band @OCSmusic, we see the city recovering from the ruins as the Closing Ceremony gets underway!#B2022 #CommonwealthGames pic.twitter.com/FYJDLANj76

The athletes walk out with their flags

Glimpses from the closing ceremony:

Birmingham was the third most bombed City during World War Two - but from the rubble came hope.

To the soundtrack of 100 Mile High City from Solihull band @OCSmusic, we see the city recovering from the ruins as the Closing Ceremony gets underway!#B2022 #CommonwealthGames pic.twitter.com/FYJDLANj76

The closing ceremony gets underway

After a spectacular show in Birmingham, the Indian wrestling contingent returns to base

Our Dhakad Wrestlers 🤼‍♂️🤼‍♀️ Are Back😍😍

Indian Wrestling contingent is back after a spectacular performance at #CommonwealthGames2022 🤩🤩

Let's greet them with our wishes & continue to #Cheer4India 🇮🇳

Just a few minutes away for the closing ceremony. Let's take a look at a few photos from the glitzy the opening ceremony

Remember these moments from the Opening Ceremony?

Join us for the closing party, tonight at 8:30pm.https://t.co/8u2EKSwAjk#Birmingham2022 #CommonwealthGames #B2022 pic.twitter.com/oFxiAsgxg2

Time for the curtains to drop on a spectacular Games

Birmingham, we have truly been overwhelmed with the amount of enthusiasm you have shown in welcoming the Commonwealth Games to the city. #ItsABrumTing #B2022 pic.twitter.com/vEBLZcXDy0