Competition in air rifle team good for me, it keeps me motivated: Apurvi

New Delhi, February 23: World Cup gold medallist Apurvi Chandela on Saturday called the fierce competition in the Indian women's air rifle team a good thing as it motivates her to go the extra mile – be in terms of "meditation" or "visualisation practices". 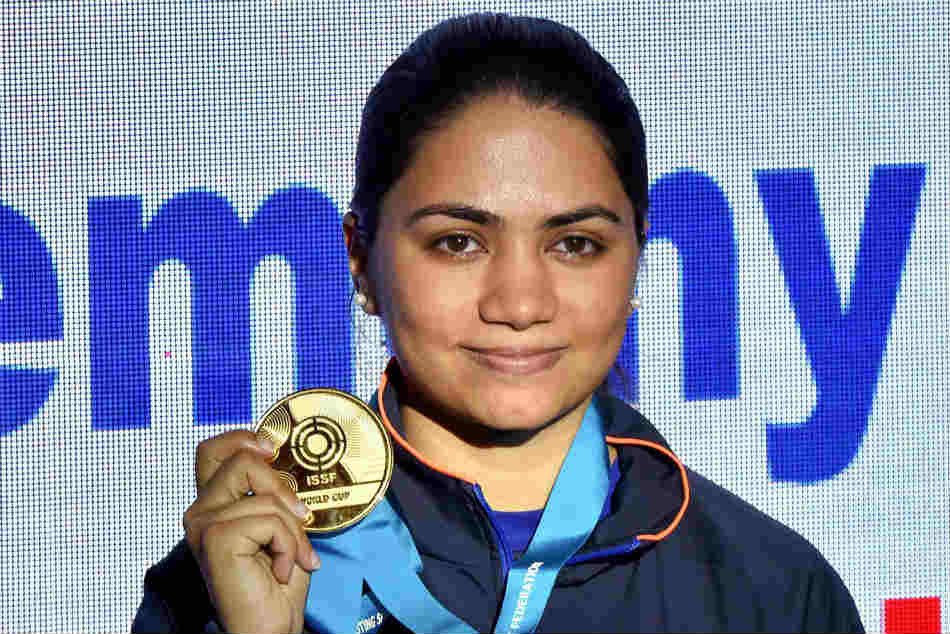 India's Chandela shattered the world record on her way to the women's 10m air rifle gold with an incredible sequence of scores in the ISSF World Cup here. "All of them coming up is actually good for the sport. I needed to push myself further and I have been performing consistently since the last year," Apurvi said about the intense competition from Anjum Moudgil, Elavenil Valarivan and Mehuli Ghosh in this event.

"I looked at it in a way that I get motivated, push myself harder, I can't settle down at any score, there is no satisfaction that I think can take from it. That's actually a good thing for me. It keeps me motivated."

Asked about the 2018 World Cup final in Munich, where she had the gold in her grasp before an inexplicable slip-up in the 19th shot pushed her outside the medal bracket, the 26-year-old said she has overcome that disappointment.

"In Munich World Cup, I was leading and I came fourth. I was just coming down and it was a freak shot, the trigger just got pressed, it wasn't a malfunction or anything. But I am happy that I could overcome that and did not let that get into my way today. I actually beat my own self in a way," she said about the outing in which a 5.9 dashed her hopes. To improve trigger control, Apurvi said she does a "lot of meditation and visualisation practises".

"It's a long process which I have been working on. It was just pressure handling. To get better, I had to push myself. Earlier, I used to take less time and shoot early, but now I take a little longer to settle down a bit."

A historic accomplishment by a stellar athlete!

Congratulations to @apurvichandela for winning the Gold in the 10m Air Rifle event at the ISSF World Cup. Her success makes every Indian proud and motivates more youngsters to excel in various sports! pic.twitter.com/fVGS3Cnfyk

About the last few shots in Saturday's final, she said, "I was just trying to control my nerves, nerves do play a big role. I just asked myself to stay calm as it was a matter of few more shots."

Her mother, Bindu, a former basketball player who represented Rajasthan in the Nationals, travels with her for training as well as competitions, including abroad. "Being a sportsperson myself, I understand the situation better when I am around her. You know I never have high expectations and all," her mother said.

"She is usually there even abroad," Apurvi said. The surprising but loud cheers from behind helped in the final, as she rallied to grab the second place with a 10.6 in the 11th shot. Rifle or pistol shooting events at the Dr Karni Singh Range never attracted such a turnout.

"I wasn't maybe in the centre but I do not usually plan my scoring like that. I think, at the start, my positioning was a little off. So, I tweaked my settings a bit. My aim was not to shoot a 10.1 in the first shot definitely but I am happy that I could build up and reach a world record," said Apurvi.

"The last one month I am working really hard on finals and qualifications also. And even in January I have gone abroad for open competitions. I won a gold there as well, so I took confidence and that competition helped me today in handling pressure."

When asked about the noisy crowd, she said, "Actually the crowd was motivating me and I could hear 'India, India'. It helped me in sticking to my technique and executing each shot the way I wanted to.

"The pressure was there definitely, I am happy I could control it and execute." Though she has secured a quota for the 2020 Olympics, she knows that she will have to maintain her form and scores in the run-up to the quadrennial extravaganza, to keep her place.

"When I got my quota also, the aim was not to get the quota only, it was just about following my technique and putting whatever I trained into use. I was focussed on every shot, keeping my calm."