London, March 14: The sporting calendar over the next few weeks looks extremely bare as events continue to be postponed or cancelled as a result of the threat of the coronavirus.

All of Europe's top five leagues have now been suspended, as the Bundesliga followed Serie A, LaLiga, Ligue 1 and the Premier League in calling a halt to proceedings just hours before its latest round of fixtures was due to kick off.

Golf's first major, the Masters, will not take place on April 9 as initially scheduled, while the Giro d'Italia, the final Six Nations match between Wales and Scotland, and marathons in London and Boston have all been affected by COVID-19, too. 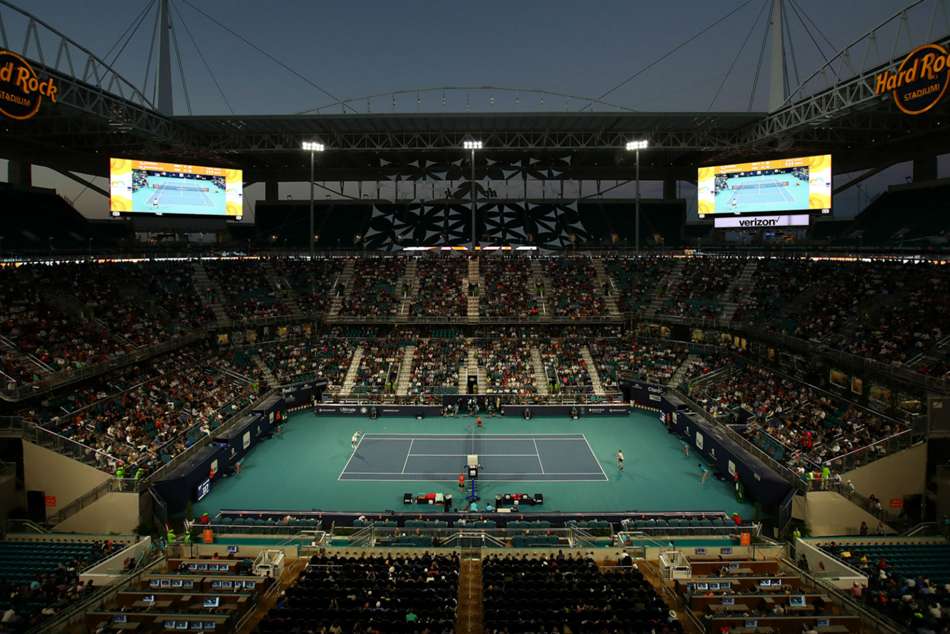 With the number of confirmed cases worldwide now totalling over 140,000, we take a look at the latest round of postponements.

After the PGA Tour cancelled all events leading up the Masters, all eyes were on whether the prestigious event at Augusta National Golf Club would be called off until further notice. That news arrived on Friday, with organisers saying it was "appropriate under these unique circumstances".

"Considering the latest information and expert analysis, we have decided at this time to postpone @TheMasters, @anwagolf and @DriveChipPutt National Finals."

With around four hours to go before the first Bundesliga game of matchday 26, the league was finally suspended due to the growing number of COVID-19 cases in Germany.

Defender Timo Hubers, who plays for 2. Bundesliga side Hannover, was one of the first players across Europe to test positive for the virus, and Paderborn, who had been due to Fortuna Dusseldorf on Friday night, were waiting on tests results for their players when news came down from the league.

Clubs will meet again on Monday, with the league advising a suspension until April 2.

World Cup qualifiers in Africa were suspended, while European clubs such as Paris Saint-Germain and Barcelona have stopped their players from training at their facilities for the time being.

As Manchester United midfielder Paul Pogba encouraged people to "dab to beat coronavirus" and Liverpool boss Jurgen Klopp backed the decision to postpone the Premier League, Serie A clubs Sampdoria and Fiorentina reported positive cases involving their players in Italy, one of the worst-affected countries.

The country's major cycling race, the Giro d'Italia, will not begin as scheduled on May 9 as Hungary said it was unwilling to host the first three stages. The whole race was subsequently postponed.

A Six Nations contest between Italy and England in Rome, originally slated for Saturday, had already been called off, and the only fixture of the tournament not to be postponed was put back indefinitely on Friday. Wales' clash with Scotland in Cardiff was finally called off the day before it was set to take place, while Sunday's Premiership Rugby Cup final between Sale Sharks and Harlequins has also been postponed.

South Africa's ODI tour of India will be rescheduled for another time, the first match having been washed out on Thursday, while the Boston Marathon will now take place on September 14. The new date for the London Marathon is October 4.

Elsewhere, NASCAR has postponed races in Atlanta and Miami over the next two weekends. Those races were initially going to be held without fans. All IndyCar Series races through April have been cancelled.