Mexico City, February 22: Bryson DeChambeau birdied his way to a one-stroke lead at the halfway stage of the WGC-Mexico Championship on Friday.

DeChambeau produced a putting masterclass to move top of the leaderboard after two rounds with an eight-under-par 63.

The American golfer had seven birdies in an eight-hole stretch as he lit up Club de Golf Chapultepec.

DeChambeau finished with nine birdies and just one bogey to be 11 under and clear of countryman Patrick Reed (63) and South African Erik van Rooyen (62).

A round that included 7 birdies in a nine-hole stretch. @B_DeChambeau leads the way at @WGCMexico. pic.twitter.com/J92c0R3igA

"It was a lot of fun," DeChambeau said. "Surely when you have days like that you can't help but smile out there, and making those putts the way I did, striking the ball the way I did, it's surely a joy out there.

"The confidence has got to be high. It is high, and it's a lot of fun to see putts finally going in. I'm going to go out and do my work like I normally do, go putt a little bit, hit some balls, but overall everything is going pretty well. I’m firing on all cylinders."

Birthday boy Van Rooyen, 30, tied the course record with his sizzling and flawless second round, which included nine birdies.

"I just threw my hands up in the air ... who thinks I'm going to make this one?!" pic.twitter.com/gESz3u6RZ5

Justin Thomas (66) dropped two positions to nine under as he ended the second day tied for fourth alongside Hideki Matsuyama (64). 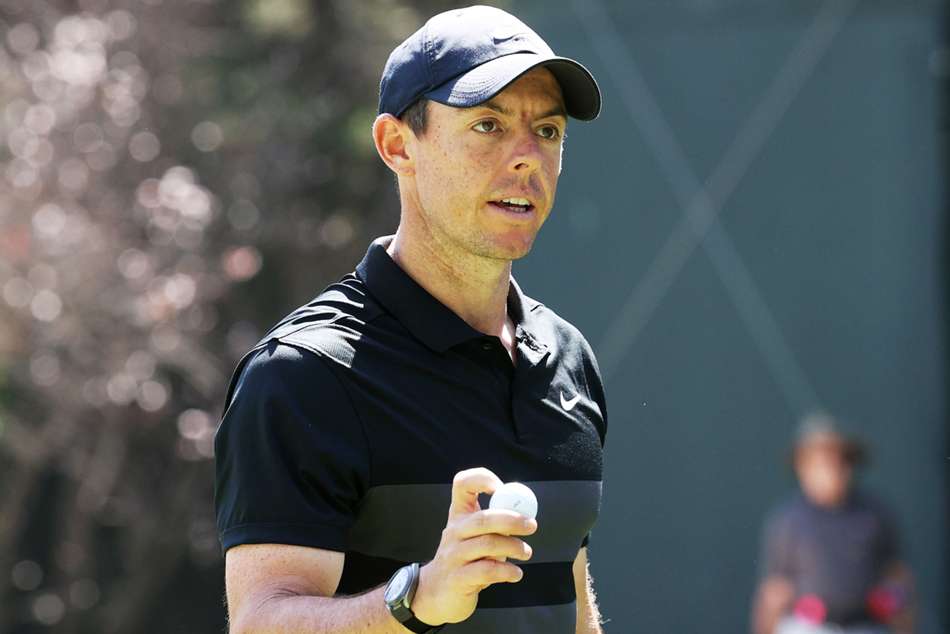 Carrying a two-shot lead into the second round, McIlroy was unable to replicate his first-round 65 as the Northern Irishman slipped three strokes off the pace.

Bubba Watson – a three-time runner-up – is three under through 36 holes after his 72, while defending champion Dustin Johnson (71) and struggling Jordan Spieth (73) are both five over and tied for 60th.