New Delhi, March 9: The first super heavyweight (+91kg) Indian boxer to qualify for the Olympic Games, veteran Satish Kumar on Monday said a "secret strategy" and loads of luck has made the last couple of years the best of his decade-long career. 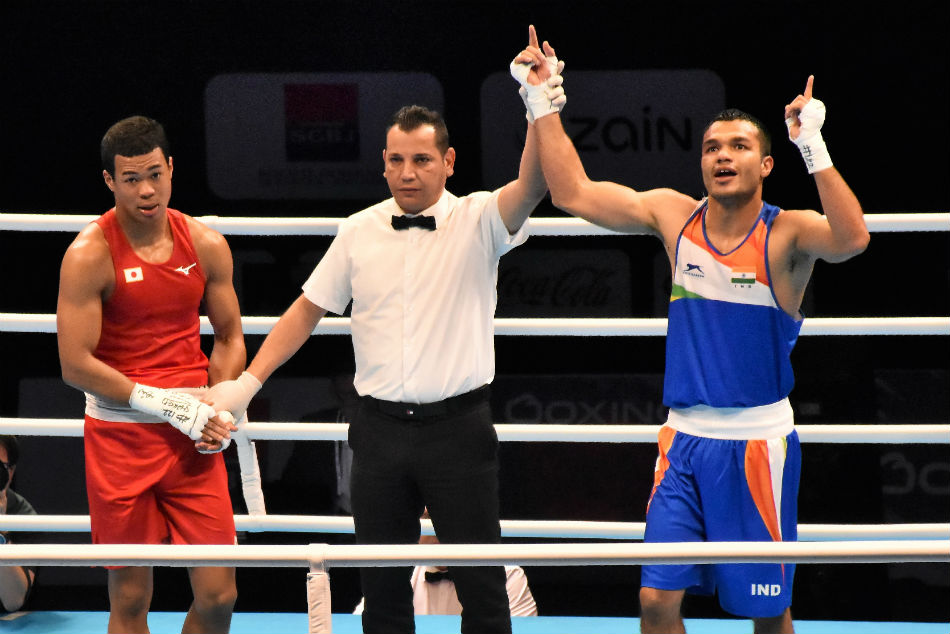 Kumar is an Asian Games bronze-medallist (2014), a Commonwealth Games silver-winner (2018) and a two-time bronze-winner at the Asian Championships (2015 and 2019). He qualified for his maiden Olympics -- in Tokyo later this year -- by making the semifinals of the ongoing Asia/Oceania Qualifiers in Amman, Jordan ate Sunday night.

"This would be my first Olympic Games, I don't have words to express how happy I am. Add to this, I am the first Indian super heavyweight to qualify for an Olympics. Wow! That's quite something," Kumar told PTI in a telephonic interview from Amman.

"I count myself so lucky. Luck has been on my side for the last couple of years. It has played a huge role in where I am today," he added without divulging the specifics of how fortune has favoured him.

The 30-year-old has been India's go-to man in the category, representing the country at major events almost exclusively for a decade now. "I have toiled so much for so many years, won medals here and there but nothing compares to this. I am over the moon," said the man from Bulandhshahr in Uttar Pradesh.

The imposing boxer started his career back in 2010 and has five national titles under belt. "But the last two years have by far been the best of my career. There hasn't been a better phase," he said referring to the CWG and the Asian Championship medals.

"I have been so much more faster, my stance is way better than what it used to be and all this has got me better results. Lot of work has gone into making me better and I am thankful to the coaches for their analysis and support," he added.

Asked what exactly he has done to turn it around, Kumar responded with a hearty laughter at first. "There are some strategies which can never be revealed to anyone. They are a secret. All I can say is that I have worked very, very hard to get here."

It is this hard work, which Kumar hopes would fetch him the rewards in Tokyo and he isn't even thinking about the novel Coronavirus threat which has thrown international sports calendars haywire. "I don't think Olympic would be affected. In any case, there are doctors to ensure that there is no problem," he said trying to evade any elaborate response to a question on the health crisis, which has led to more than 3,000 deaths and left more than one lakh infected globally.