New Delhi, May 19: The Indian sporting community is hailing the superlative effort of boxer Nikhat Zareen, who on Thursday (May 19) scripted history by clinching a historic gold medal at the IBA Women's World Boxing Championships in Istanbul after beating Thailand's Jitpong Jutamas 5-0. 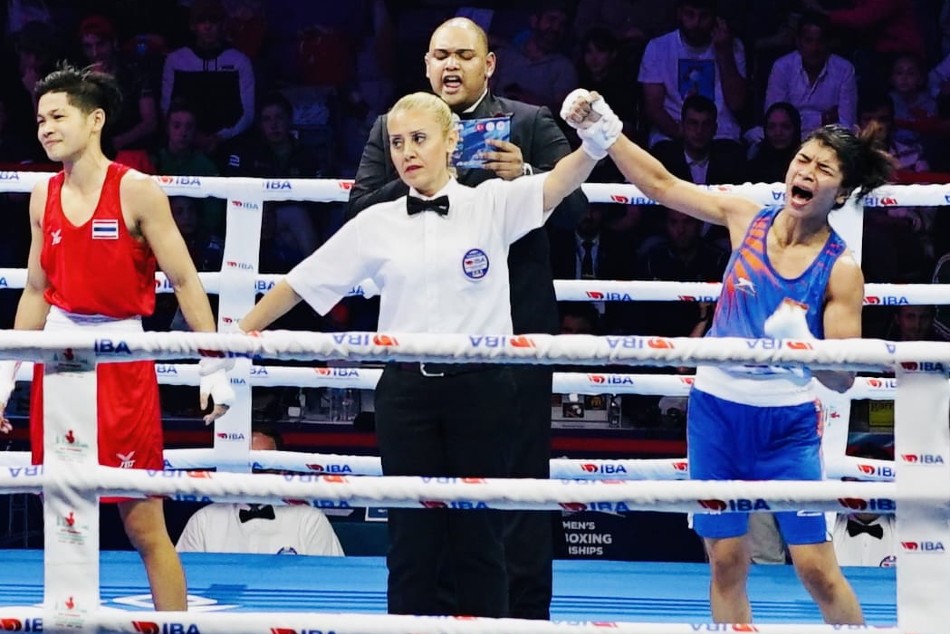 In 2019, Nikhat was trending on social media but the reasons were not favourable. The Telangana boxer was being trolled by the naysayers after she wrote to the then Sports Minister Kiren Rijiju to get a match against the 6-time World Champion MC Mary Kom for the Olympic qualifiers.

The young boxer was brutally trolled on social media for her 'fair' appeal. However, she later got the bout but lost it 1-9 to the legendary boxer. Mary even refused to shake hands with her after the bout.

Despite facing the embarrassment, she didn't give up and quietly kept preparing and focused on her training. She even stopped taking calls from the media as well in the interim.

The fire to prove herself kept burning and the 25-year-old boxer kept waiting for her chance and when the time came, she proved her metal. When Mary Kom decided to skip this year's World Championships, Nikhat knew that this was the time to prove her worth.

She trained well despite the COVID-19 break and a new Nikhat entered the ring with new renewed intensity. Her speed, flexibility and power were matchless in all her bouts in Turkey. She won all her bouts unanimously and she produced another dominant show in the gold medal bout too.

Nikhat's name is once again trending on Twitter but this time all are tweeting "All Hail The New Champion".

Read more about: nikhat zareen istanbul boxing athletes the pride of india features
Other articles published on May 19, 2022
+ More
+ More