Termed the Elite runners, their race will kick off at 8.50 am for men and 8 am for women on Race Day after most of the Open 10K participants would have completed the entire course. 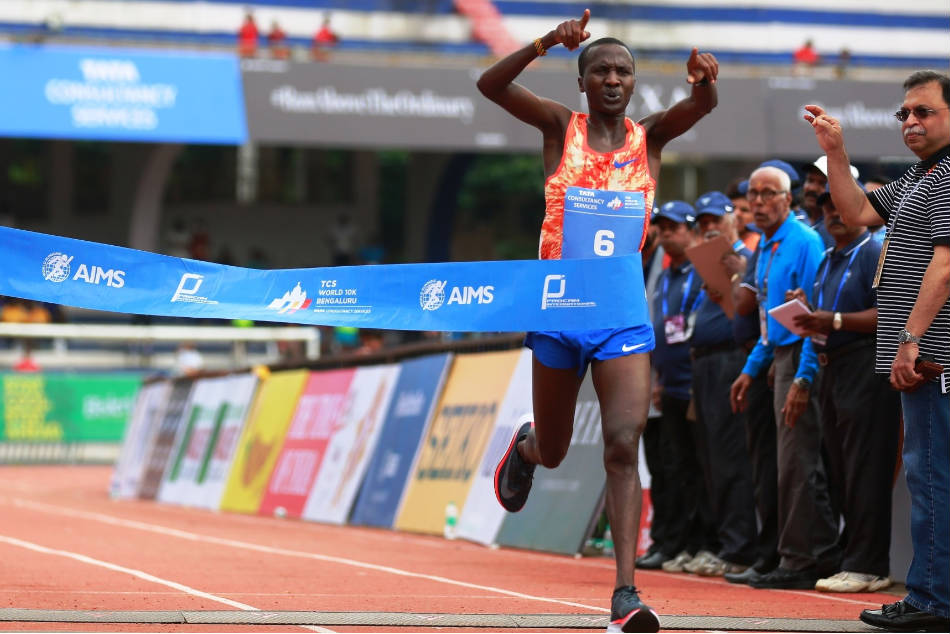 Shoes can't run for you: Tips from the defending champ

Leading the pack this Sunday will be the newly-crowned World Half Marathon champions Geoffrey Kamworor of Kenya and Netsanet Gudeta (women) of Ethiopia, who is also the 21.2 km World Record holder at 66.11. Joining them will be defending champion Alex Korio of Kenya, Ethiopia's Mosinet Geremew, the only runner to win the TCS World 10K run twice in a row (2015 and 2016), and Agnes Tirop of Kenya, who has a best timing of 31.00 over the 10K.

"It will be my first race after the win at Valencia (in the World Half Marathon Championship on March 24). I rested for a week after the Valencia race and then began training for the World 10K in Bengaluru. For me, winning is the start of a new race and it always motivates me to do better in the next race. I have been looking forward to this race ever since that win."

Geoffrey Kamworor of Kenya is the World Half Marathon champion

Among the men, Birhanu Legese of Ethiopia has the best timing over 10K at 27.34. Bahrain's Abraham Cheroben, the silver medallist behind Kamworor at the World Half Marathon in Valencia this year, will look to exact revenge on the Kenyan. Three runners - Kamworor, Korio and Geremew - will be looking for their third win at the World 10K. And Korio says the pressure is huge. "Surely I feel the pressure but I also consider it a happy feeling to defend the title and I will try to do just that on Sunday," he said.

Caroline Kipkirui of Kenya, despite Gudeta's dominance in the World Half Marathon, will start as one of the favourites among the Elite women race because of her better 10K at 30.28, the best among the field.

"Everybody has come here prepared to win," Gudeta said. "My 2018 start did not go well. I raced in the Dubai Standard Chartered Marathon but was unable to finish the race because of an injury. However, I came back to win the Valencia race and take the world record. To be frank, when I go into a race, I only expect to win it and don't really expect to break the world record. I'll go with the same mentality here and do my best."

For the first time, the race will not feature any pacemakers for the Elite runners, some of whom say it helps to challenge themselves.

19 seasoned women runners as pacers, 19 ways how the #TCSW10K Bengaluru Marathon will be special! The world’s first ever all-women pacer squadron, the #SquadronOf19, are up and ready – catch it all LIVE on May 27, 7 AM onwards on Star Sports 2/2HD. pic.twitter.com/L8IPX68jXE