By John Skilbeck
Updated: Saturday, October 24, 2020, 21:49 [IST]
omnisport-MyKhel Team
Jai Hindley and Tao Geoghegan Hart have Giro d'Italia glory in their sights after a stunning finish to stage 20, ahead of the time trial.

Milan, October 24: Tao Geoghegan Hart and Jai Hindley will look to make every second count in Sunday's decisive individual time trial after a gripping penultimate stage of the Giro d'Italia.

The battle for General Classification glory looks to have come down to a two-man test of speed and nerve over 15.7 kilometres on a flat road from Cernusco sul Naviglio to Milan, after previous leader Wilco Kelderman drifted off the pace on stage 20.

At the end of Saturday's 190-kilometre ride from Alba, INEOS Grenadiers rider Geoghegan Hart and Team Sunweb's Hindley scaled the climb to Sestriere for a third time and finished almost neck and neck. 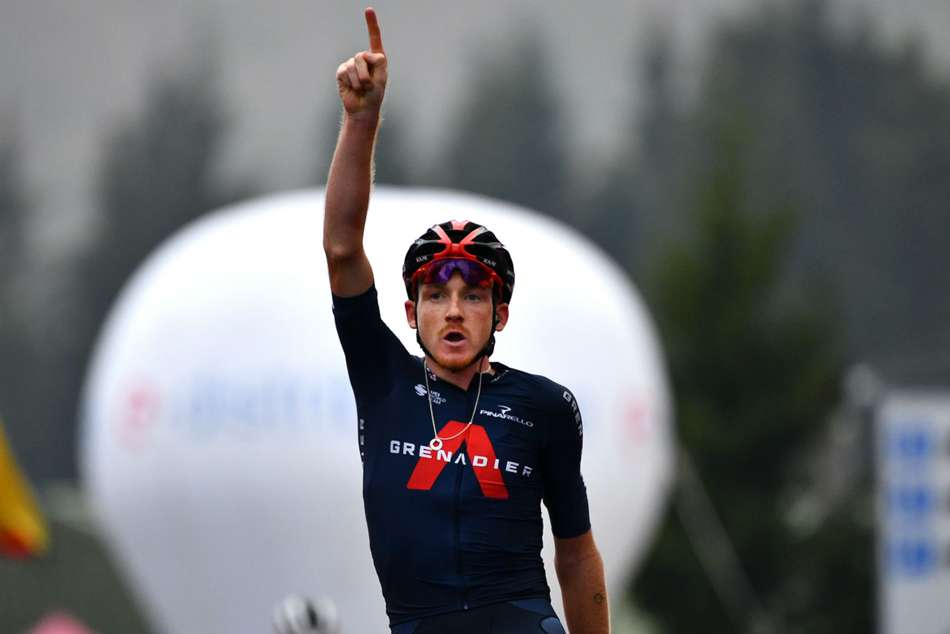 Englishman Geoghegan Hart pulled narrowly clear over the final metres, but Australian rival Hindley will start in the maglia rosa on Sunday, albeit with both riders on the same cumulative time - 85 hours, 22 minutes and seven seconds.

Kelderman, a team-mate of Hindley, finished a minute and 35 seconds off the pace set by the front two, who broke free on the final ascent.

The stage concluded with the unusual triple climb to Sestriere after French authorities earlier in the week insisted the race should be rerouted to avoid entering the country, amid concerns over roadside gatherings during the coronavirus pandemic.

It meant the daunting Colle dell'Agnello, with a peak of 2,744 metres, was removed from the equation, along with the Col d'Izoard.

A 21-rider breakaway held a seven-minute lead over the peloton at the halfway mark, but they were reeled in, with Geoghegan Hart's team-mate Rohan Dennis leading the assault.

Kelderman could not find a response and would need an extraordinary performance on Sunday to get back in contention.

Neither Hindley nor Geoghegan Hart has won a Grand Tour before, and this is their big chance.

King of the Mountains

They think it's all over, and it will be after Sunday's pancake-flat time trial from Cernusco sul Naviglio to Milan, with all eyes on the clock.