Geoghegan Hart had been set to play a supporting role to Geraint Thomas in Italy until the 2018 Tour de France champion suffered a fractured pelvis early in the race.

INEOS were without a number of their other big names amid a packed Grand Tour schedule due to the coronavirus pandemic. 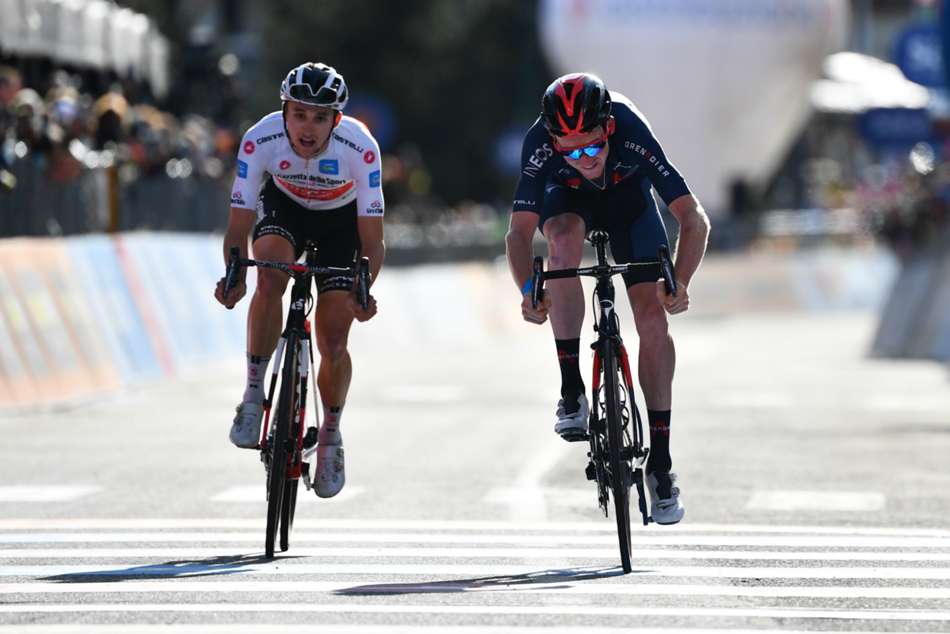 That left Geoghegan Hart to take centre stage, but he thrived at the Giro to seize a share of the lead with Australia's Jai Hindley heading into the 21st and final stage.

It was the first time in Giro history two riders had been tied heading into the time trial, a 15.7-kilometre ride in Milan.

But Geoghegan Hart ultimately rode to a comfortable victory, finishing 39 seconds clear of his direct rival with a time of 18 minutes and 14 seconds.

"Not in my wildest dreams did I imagine this would be possible when we started out in Sicily almost a month ago," said Geoghegan Hart, who became the fifth British Grand Tour winner.

"All my career I've dreamt of trying to be top 10, top five maybe, in a race of this stature, so this is something completely and utterly different to that.

"I think it's going to take a long time for this to sink in."

INEOS' success did not end there, though, as heavy favourite and time trial world champion Filippo Ganna won the stage in 17:16.

Ganna, making his Grand Tour debut, claimed his fourth stage victory of the Giro after blowing away Victor Campenaerts' early benchmark of 17:48, which remained enough for second place.

King of the Mountains