He did the impossible, says wife of Paralympics silver medallist and Noida DM Suhas LY

Noida, Sep 5: From getting up at 2 AM to give a wake-up call to her husband in Tokyo to receiving congratulatory messages from the world over, Ritu Suhas says these will be memories for a lifetime for her. Her bureaucrat husband Suhas Lalinakere Yathiraj clinched the silver medal at Paralympics badminton in Tokyo.

In doing so, the 38-year-old district magistrate of Gautam Buddh Nagar (Noida) also became the first-ever IAS officer to have not only participated but also won a medal in the Paralympics. 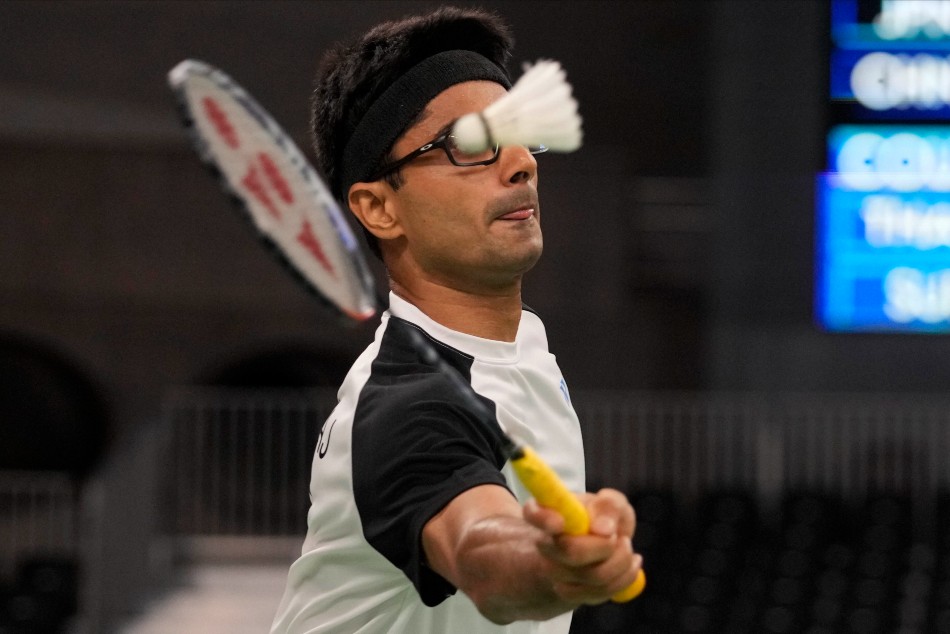 Tokyo Paralympics: Never been so happy and disappointed at the same time in my life: Suhas

"We are very proud of him. Whatever he has done is a live example for all of us. It was an impossible attempt, I believe. Wins and losses are part and parcel of life but the way he put in all his efforts is what I am going to remember forever," Ritu, who is an additional district magistrate in Ghaziabad, told PTI.

"The race for medals is endless. Today it's silver, tomorrow it's gold. Then it would be something else. The biggest achievement is participating in a world tournament and realising a long-nurtured dream," she said.

Congratulatory phone calls and messages including those from Prime Minister Narendra Modi and Uttar Pradesh Chief Minister Yogi Adityanath poured in after the victory.

"Bringing glory to India and Uttar Pradesh at the world stage is the achievement," Ritu said. Suhas and Ritu got married in 2008. They have a daughter and a son.

"So many phone calls, messages and people's response on social media. Couldn't have imagined this and so all this is going to stay with us as memories. I am very happy today," she said.

Ritu recalled how she would get up at 2 AM here and give a wake-up call to Suhas in Tokyo owing to the time difference between Indian and Japan in order to make sure that he was ready for his matches. "I always spoke to him before and after the match," she said.

Ritu also said that she does not watch Suhas' matches live because doing so makes her anxious. "I get very anxious during his matches so I do not watch them. He only who calls me up after every match to share the results," she said.

Prior to unseeded Suhas' nail-biting finals with top seed Lucas Mazur of France, Ritu said her husband was relaxed and prepared to play without any pressure.

"He does not believe in taking pressure. He plays with a free mind. He was really excited after the semifinals victory and I also told him that a medal was certain now," she said.

Suhas' native village Lalinakere in Shivamogga, Karnataka was also celebrating his victory. People who knew him came out on the streets with sweet boxes and started distributing them to everyone they met. Similar scenes were witnessed in Shivamogga town as well.

Chief Minister Basavaraj S Bommai tweeted, "We are doubly proud that an IAS officer born in Karnataka has excelled both in service and in sports and set an example for our youth."

Former Chief Minister B S Yediyurappa too congratulated Suhas. Ritu said Suhas has been playing badminton for the past seven years and worked very hard to improve his game.