It's been a while: Anand wants Olympiad win to bring in "long" due national honours for chess players

Chennai, Aug 31: It's been seven years since a chess player got the Arjuna award and the iconic Viswanathan Anand is hoping that India's triumphant campaign at the online Chess Olympiad will change this when the national sporting honours are announced next year. 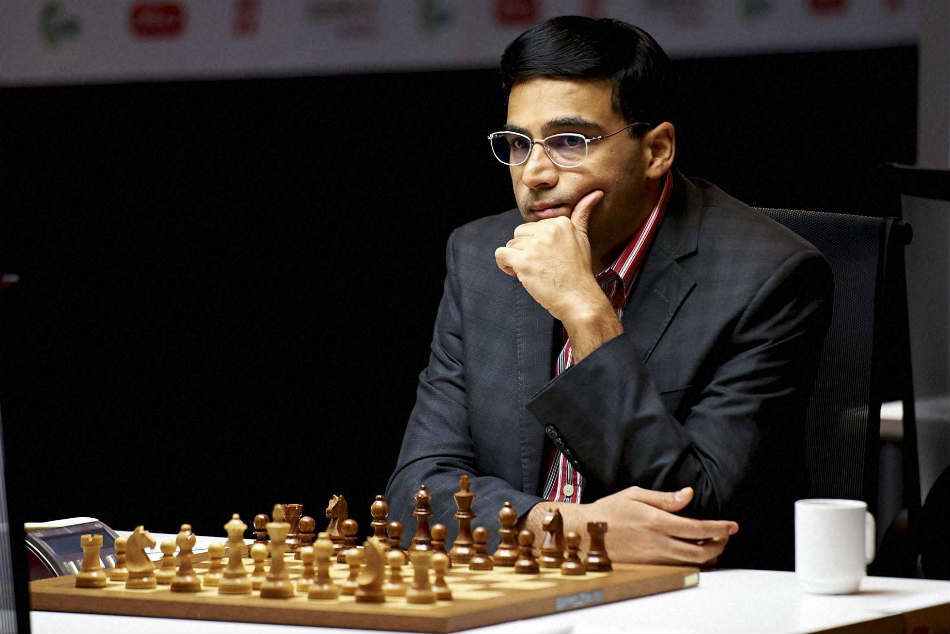 In an interview to PTI after India won the top honours jointly with Russia on Sunday, Anand, a recipient of both the Arjuna and the Khel Ratna, said award recognition is due for the sport's practitioners in India.

"I hope this will lead to all sorts of positive things including the reconsideration in the Sports Ministry of the Arjuna award and the Dronacharya awards for chess. It has been a long time," said the country's first Khel Ratna awardee, India's highest sporting honour.

The last time a chess player received the Arjuna was in 2013 when Abhijeet Gupta was bestowed the honour, while a chess coach has been given the Dronacharya just twice -- Raghunandan Vasant Gokhale (1986) and Koneru Ashok (2006).

"Sometimes you need to show that we are still there and I hope this results in positive impetus for many things," Anand said.

The five-time world champion was expectedly ecstatic about the triumph even though he didn't expect it after server malfunction led to two Indian losses, prompting an appeal from the team.

Nihal Sarin and Divya Deshmukh lost in the second round of the finale due to disconnection and server malfunction.

"I didn't anticipate this. I mean clearly the strongest argument in our favour was that this disconnection was not our fault. The rules are clear that if a team loses by disconnection, they forfeit the game. But in this particular case, it was quickly verified that the problem was not at our end. So FIDE had to consider that in our appeal," he said.

The 50-year-old said he was waiting to be told of a rematch instead. "I expected something along the lines of replaying the second match...You know the Russians may not have been happy with this and there would have been discussions. I was expecting a replay.

"I think then the FIDE opted for the other route, declared both as winners. Look these are teething problems. We are starting online chess, this will not be the last disconnection in online chess. I think this was a fair decision," he said.

"It is nice to write their co-tales as well," Anand said. Anand also said that his performance in the event was not great. "I was able to rely on the team," he explained.

"I also commend their decision to improvise with the format. So instead of the same format, they got juniors and women, made the event much more fun to watch. It went really nicely."

Lauding his teammates, Anand said each one of them clicked at some point. "During the whole tournament whenever I watched the other boards..some team member somewhere had done something...," he said.

"Everyone clicked at least in one game. That really worked to the strength of India that we have such depth not only in men, but also women, girls, juniors."

Asked if the tweaked format helped India, he said: "I think in future it will be nice for India if you can double the number of boards, for instance to showcase our depth.

"Because we have so many good juniors, so many girls playing. Whether it particularly favoured us, I don't know...nice thing is that if you are putting pressure on all six boards then you could feel someone or the other could click for us. Even when we had one setback, someone could rescue us."

On whether it was a conscious decision by him to sit out the first game of the final, Anand said he had expressed the desire to play only one game.

"Yes, it was. I discussed with N Srinath (vice-captain) that I wanted to play only one game on the final day. Because I strongly felt that we had a good team. I thought we had to use that strength. You saw without me the team beat China and that result helped us a lot. So I was happy to repeat that again," he quipped.

The India-Russia final was said to be widely followed online with over 60,000 viewing it and there were a lot of congratulatory messages flowing in afterwards, which Anand said was a pleasant surprise.

"Again, it is peculiar to this year that the whole chess world has kind of moved online. It is a positive feeling especially for this generation of youngsters who are part of this winning team."