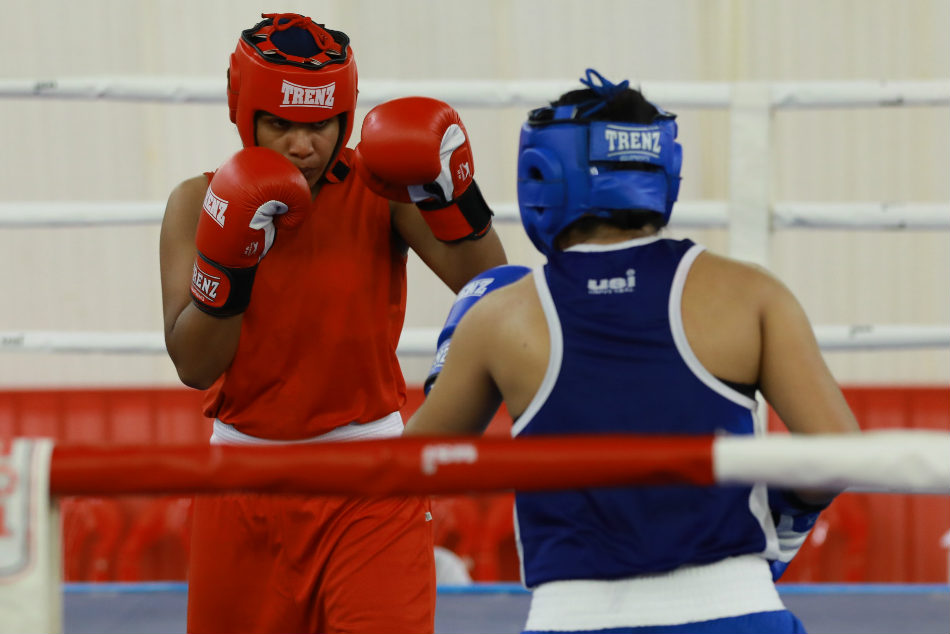 Assam pugilist Kachari, representing RSPB, was on song and hardly broke a sweat, ending 2018 bronze medallist Jigyasa Rajput's campaign 5-0 in 81kg. Ankushita (64kg) too had it easy in her pre-quarterfinal bout against Himachal Pradesh's Earika Shekhar, whom she trounced 5-0.

Last edition's silver medallist Nupur also registered a 5-0 win. The Haryana pugilist was sharp right from the beginning of her 75kg bout against Himachal Pradesh's Sandhya, who had absolutely no answer to Nupur's flurry of punches.

Also breezing into the quarterfinals was All India Police's Lalfakmawii Ralte, who pummelled Kerala's Seethal Shaji 5-0 in 81kg. Madhya Pradesh's upcoming talent Nisha Yadav (64kg) was one of the biggest casualties on Day 4 of the tournament as Uttar Pradesh's Aradhana Patel was declared the winner of that contest in Round 2.

Ladakh, making debut in the tournament, too had a setback as Farina Llyas went down to Kerala's Ansumol Benny, who emerged the victorious by RSC in Round 1. Delhi had a good day in the ring with both Anjali (69kg) and Shalakha Singh Sansanwal (75kg) progressing into the last-eight stage. While the former dominated Punjab's Gagandeep Kaur 5-0, the latter dashed the hopes of Maharashtra's Manisha Oza by a similar score line.

From Andhra Pradesh, Gompa Geya Rupini (81kg) made it to the quarterfinal. Telegana too had a winner in Saara Qureshi, who got a walkover from Haryana's Nirmal in 81kg.