The 25-year-old closed with a superb 8-under 64 at PGA West Stadium Course which included pivotal birdies on Hole Nos. 16 and 17 from four feet and 19 feet respectively to overhaul Cantlay, who had set the clubhouse mark at 21-under following a blistering course record 61. 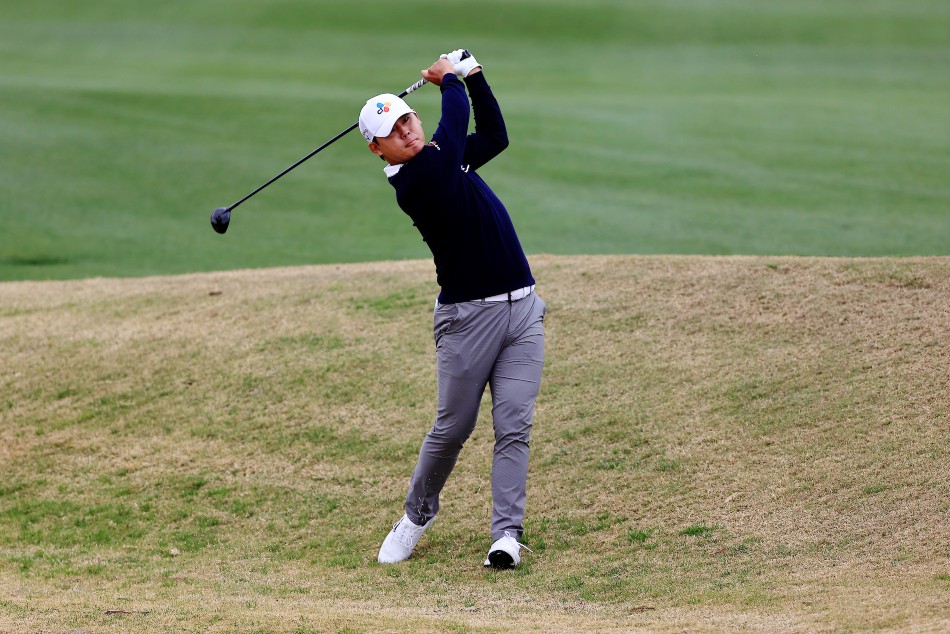 Australian Cameron Davis finished third for his career-best result on TOUR after a closing 64 while American Tony Finau, one of the overnight leaders with Kim and Max Homa, settled for fourth place following a 68.

Kim maintained his cool despite a jam-packed leaderboard and kept the bogeys off his card for a third time this week. He made birdies on Hole Nos. 4, 5, 7, 8, 10 and 11 to stay in the title chase before producing a glorious finish to pip World No. 10 Cantlay.

Clutch finish to steal the trophy.

A birdie-birdie-par finish puts Si Woo Kim back in the winner's circle.

"I had many chances since PLAYERS but I couldn't make it. Finally, I made it. I tried to keep my composure and I made it. I'm so happy," said Kim, who totalled 23-under 265 and moved up to ninth place on the FedExCup points list with his victory.

After making a two-putt birdie on the par 5, 16th hole to tie Cantlay, Kim seized his moment at the par 3, 17th hole by draining a long effort to snatch the outright lead before holding on to victory with a regulation par at the last hole.

Sunday's victory made Kim the Korean with the second-most wins after trailblazer K.J. Choi, who holds eight PGA TOUR victories. "It feels great to become the second (highest) player. I cannot say I will achieve what K.J. Choi did because he did a great job. My goal this year is to have a win and I got it already and I just want to have one more win and then I try to get into the TOUR Championship," said Kim.

Cantlay, who won the ZOZO CHAMPIONSHIP last October, sank a career-high 11 birdies to set a new course record by two shots but came up just shy of a fourth PGA TOUR victory. "I thought I would have a chance at a playoff. I know that they still had a bunch of holes left and, really, I put myself so behind the 8-ball making the cut just on the number and played unbelievable this weekend. I did everything I could, just going to be a shot short," said the 28-year-old.

All the action from PGA Tour - Farmers Insurance Open - Day 1 will be LIVE on Eurosport and Eurosport HD from 3:15 AM IST onwards on Friday, January 29, 2021.