Orlando, October 10: LeBron James said the Los Angeles Lakers must play better after failing to clinch the NBA Finals against the Miami Heat on Friday.

The Lakers stood on the cusp of their first championship since 2010 but went down to the Heat 111-108 in a wild Game 5 at Walt Disney World Resort.

James posted 40 points and 13 rebounds as the Lakers' series lead was cut to 3-2 after Jimmy Butler's triple-double fuelled the Heat in a thrilling showdown in Orlando, Florida. 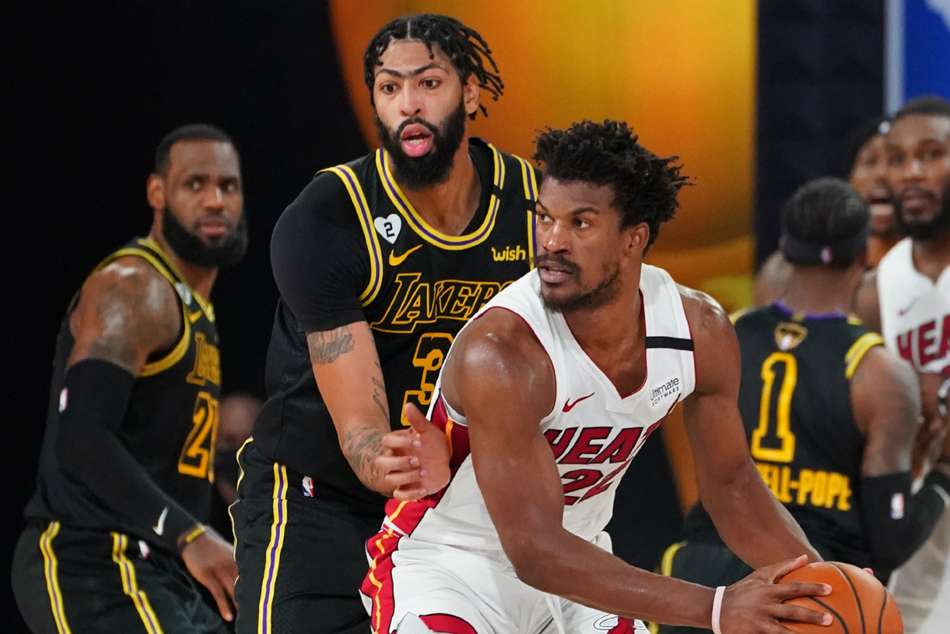 Eyeing his fourth title, James became the first player to post 40-plus points in a loss with a chance to clinch in the NBA Finals since Michael Jordan in Game 5 in 1993, per Stats Perform.

The Lakers can still close out the Finals on Sunday, and James warned improvement is needed if the storied franchise are to end a 10-year wait for glory.

"Obviously it was back and forth, big play after big play," James told reporters following an entertaining finish, which saw seven lead changes in the final three minutes.

James added: "I've always stayed even keeled. You know, throughout the highs, throughout the lows, you stay even keeled and get better with the process. You stay in the moment, which I am, and understanding that we can be better.

"And how we make the adjustments and how we learn from tonight, tomorrow in our film session and when we get together and prepare ourselves for Sunday, will show the difference."

The Lakers had a chance to win the game at the death and clinch the title as James – surrounded by three defenders – found team-mate Danny Green alone at the top of the key.

However, Green's shot fell short as the Heat went on to close out the win with back-to-back free throws.

"I won't let a play here or a play there change my outlook on the game and how I play the game. I mean, if you just look at the play, I was able to draw two defenders below the free-throw line and find one of our shooters at the top of the key for a wide open three to win a championship," James said. "I trusted him, we trusted him, and it just didn't go. You live with that. You live with that.

"It's one of the best shots that we could have got, I feel, in that fourth quarter, especially down the stretch with two guys on me, Duncan Robinson and Jimmy, and Danny had a hell of a look. It just didn't go down. I know he wish he can have it again. I wish I could make a better pass. You know, but you just live with it."