Orlando, October 10: Jimmy Butler was instrumental again with a 35-point triple-double as the Miami Heat prevailed 111-108 in a breathtaking Game 5 to put the Los Angeles Lakers' NBA championship party on ice.

The Heat trailed 3-1 in the NBA Finals and faced elimination heading into Friday's showdown at Walt Disney World Resort, where LeBron James' Lakers were looking to seal a first title since 2010.

But Butler had other ideas, finishing with 12 rebounds and 11 assists to help the rallying Heat stay alive and force a Game 6 in the best-of-seven series in Orlando, Florida on Sunday. 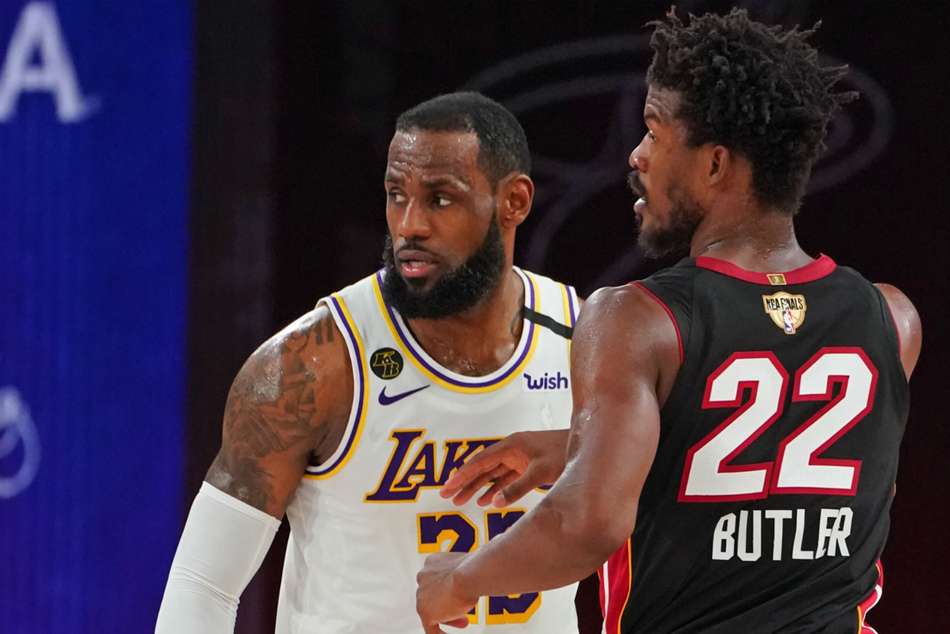 LeBron lauds Butler – One of the game's best competitors

Butler became the first player with a 35-point triple-double in the NBA Finals when facing elimination since James Worthy in 1988 Game 7, according to Stats Perform.

James – who had 40 points and 13 rebounds – also became the first player to post 40-plus points in a loss with a chance to clinch in the NBA Finals since Michael Jordan in Game 5 in 1993, per Stats Perform.

Heat star Butler and James went head-to-head in stunning fashion, and the former came out on top down the stretch, which featured seven lead changes during the final three minutes.

The Lakers had trailed for most of the game, having not led since the first quarter, but they moved ahead 97-96 on a Kentavious Caldwell-Pope three-pointer with just over six minutes remaining.

But with their backs against the wall, the Heat never surrendered as Butler and Duncan Robinson (26 points) continued to step up in clutch moments.

Robinson made a pair of three-pointers in the final period, including a huge 27-foot jumper from beyond the arc to give the Heat a 101-99 lead before James levelled things up again with back-to-back free throws.

It was box office entertainment as Butler and James traded shots, while Anthony Davis' two had the Lakers up 108-107 with 21.8 seconds on the clock.

However, Butler made a pair of free throws to restore Miami's advantage 16.8 seconds from the end before team-mate Tyler Herro also nailed both of his free throws to seal victory.

Davis put up 28 points and 12 rebounds for the Lakers, but struggled late in the fourth quarter with an apparent ankle injury.