NBA Finals: 'The job is not done' – LeBron refuses to sleep until Lakers are crowned

By Samuel Green
Updated: Wednesday, October 7, 2020, 11:21 [IST]
omnisport-MyKhel Team
'The job is not done' was LeBron James' message after the LA Lakers claimed a 3-1 lead over the Miami Heat in the NBA Finals Series.

Orlando, October 7: LeBron James says he will not sleep until the Los Angeles Lakers are holding the NBA Championship.

James led the Lakers in scoring with 28 points, 12 rebounds and eight assists as they bounced back in Tuesday’s gutsy 102-96 win against the Miami Heat in Orlando, Florida.

The three-time NBA Champion has been tweeting in the middle of the night during the finals series, which was reignited when an injury-hit Miami sealed an upset win in game three. 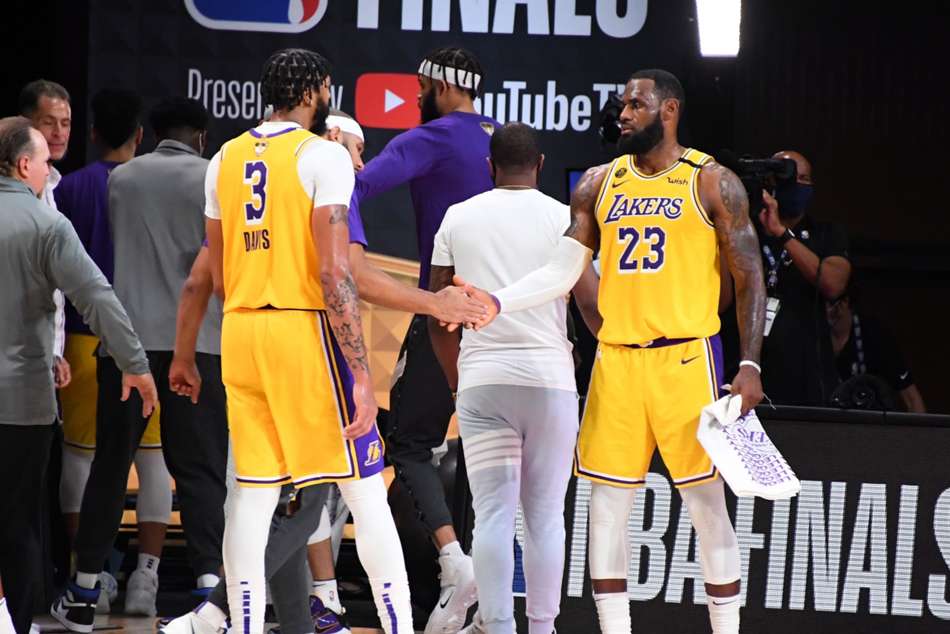 The Lakers and Heat have an extra day off before game five on Friday but that does not mean there will be any additional rest while the prize is on James’ mind.

Mind Still in Sprint Mode! Won’t let me sleep. Love it! Wouldn’t want it any other way right now

“We understand what is at stake. The job is not done,” James said.

“We get an opportunity to get our bodies back with an extra day of rest but also keep our minds sharp.

“I’m looking forward to looking at the film tomorrow, doing all around the clock treatment and treating it like we play Thursday.

The Lakers have not lifted the NBA Championship since 2010 but the Los Angeles franchise have the title in their sights after grinding out a hard-fought third victory.

James was restricted to eight points in the first half before coming alive in the second to ensure Los Angeles held on to their lead.

His teammate Anthony Davis scored 22 points and made some huge plays on defence to ensure a relentless Miami team could not get back into the game.

“Between me and AD, we hold each other to a standard that no-one else can hold us to. That’s what it’s all about,” James added.

“It doesn’t matter if the ball is going in, we have to do things that help our team win, defensively and offensively.

“He did that tonight, he was spectacular.”