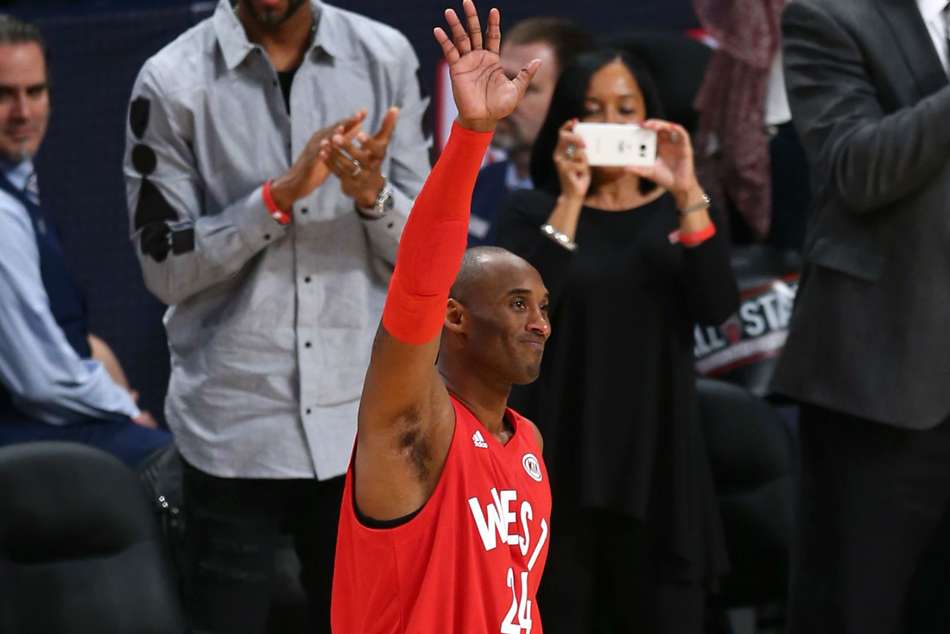 Young had a double-double before the first quarter ended and finished with 39 points and a career-high 18 assists in the upset, while Simmons went 10-of-15 from the field for a team-high 31 points.

The Clippers set rivalries aside before their clash with the Sacramento Kings to honour Los Angeles Lakers legend Bryant, his 13-year-old daughter Gianna and the other seven people killed in Sunday's helicopter crash.

Paul George narrated a moving video that was broadcast before 24 seconds of silence while Bryant's old Lakers jerseys, normally covered during Clippers games at Staples Center, were left visible.

Sacramento went on to win 124-103 as Kawhi Leonard, who was involved in the warm-up, failed to play a minute due to lower back tightness.

Narrated by Paul George, the LA Clippers pay tribute to Kobe Bryant, his daughter Gianna, and all of the lives lost on Sunday. pic.twitter.com/EkSamRXIii

Jayson Tatum returned after three games out with a groin injury and celebrated his first All-Star nod in fitting fashion, contributing 20 points, six rebounds and two assists as the Boston Celtics topped the Golden State Warriors 119-104.

Nikola Jokic delivered 28 points and 10 assists to drag the injury hit Denver Nuggets to a 106-100 victory against the fast-finishing Utah Jazz, who were led by Jordan Clarkson's 37 points.

Washington Wizards guard Bradley Beal proved a point to those who overlooked him for a place in the All-Star Game in Chicago, posting 34 points, nine rebounds and nine assists in a 121-107 win over the Charlotte Hornets.

The Clippers did not officially rule two-time NBA champion Leonard out of their game against the Kings until midway through the contest.

His absence seemed to unnerve the rest of the team, who combined to shoot just 35-of-92 from the field.

Sweet slam a consolation for Cavs

The Cleveland Cavaliers were at least able to enjoy a monster Larry Nance Jr. dunk as they suffered a 115-109 loss to the Toronto Raptors.

Staples Center will be the scene for another emotional outpouring on Friday as the Lakers (36-10) hit the floor for the first time since Bryant's death. The Western Conference leaders take on Carmelo Anthony and the Portland Trail Blazers (21-27).