LA, December 4: The Los Angeles Lakers returned to winning ways in the NBA, while James Harden's 50 points were not enough for the Houston Rockets on Tuesday.

In a clash between two Western Conference high-flyers, the Lakers were too good for the Denver Nuggets 105-96.

Anthony Davis' double-double of 25 points and 10 rebounds and LeBron James' 25 points and nine assists saw the Lakers bounce back from their loss to the Dallas Mavericks. 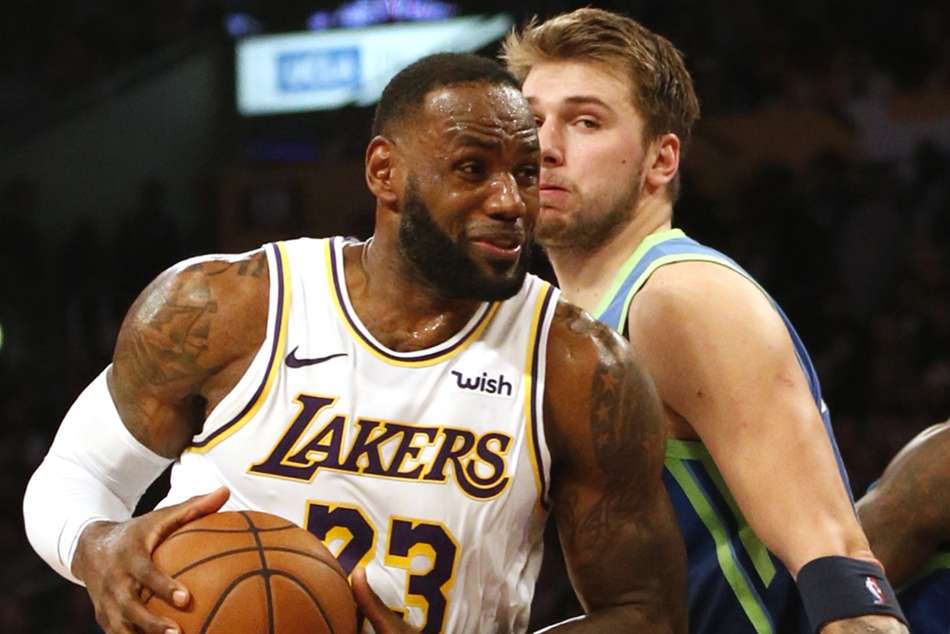 The Lakers are now 18-3 and hold a 2.5-game lead atop the Western Conference.

Harden had 50 points for the Rockets, but they suffered a 135-133 double-overtime loss to the San Antonio Spurs.

In contrast, Bryn Forbes went 10-of-13 to finish with 25 points for San Antonio.

Luka Doncic had 33 points and 18 rebounds in the Mavericks' 118-97 win over the New Orleans Pelicans.

Jimmy Butler's triple-double of 22 points, 13 rebounds and 12 assists helped the Miami Heat to a 121-110 overtime win against the Toronto Raptors.

Harden and Westbrook battled for the Rockets, but so did three Raptors. Pascal Siakam, Kyle Lowry and Fred VanVleet combined to go 12-of-48 from the field in the loss to Miami.

Doncic's beautiful footwork helped set up a basket against the Pelicans.

Two of the Eastern Conference's best teams meet when the Heat (15-5) visit the Boston Celtics (14-5).