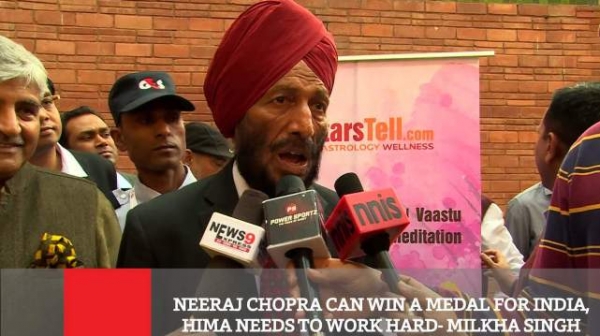 Tejaswin Shankar (high jump) and M Shreeshankar (long jump) - both national record holders - were left out of the team for different reasons. 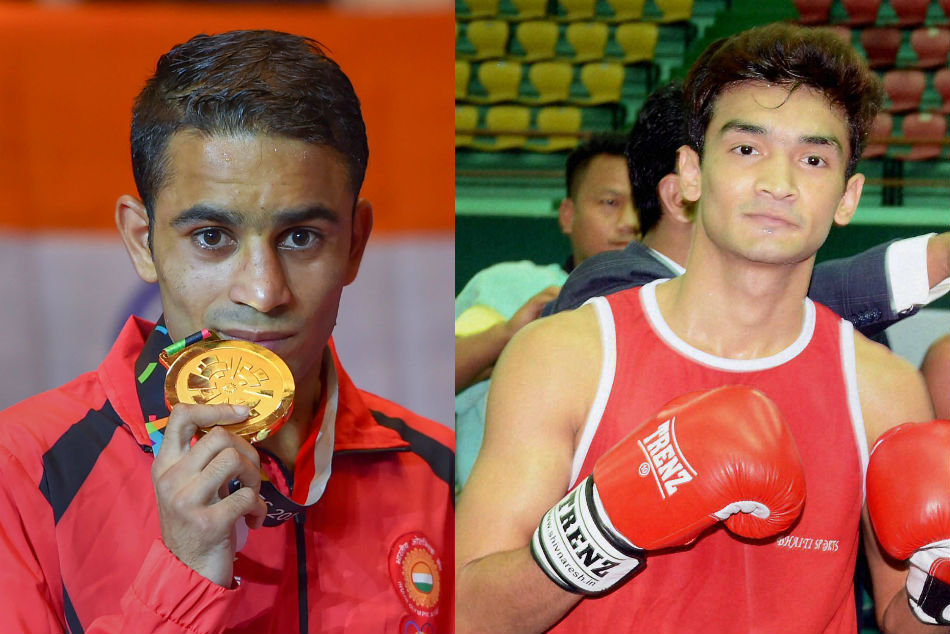 Sanjivani Jadhav, who recently returned positive for a specified substance, was also named in the team for 10,000m race subject to clearance by the NADA.

The 22-year-old Jadhav was not handed a provisional suspension by the NADA and she won the 10,000m gold in the just-concluded Federation Cup which served as the selection trials for the April 19-24 continental showpiece.

The 21-year-old Neeraj, who won gold in 2017 edition, was given exemption by the Athletics Federation of India from taking part in the Federation Cup. He is currently training in South Africa.

Hima, on the other hand, took a break of one month from training at the national camp to appear for her 12th class examinations in Assam and that showed in her performance in the Indian Grand Prix series and the Federation Cup in Patiala.

In the third leg of the Indian GP in Sangrur on March 2, Hima finished fourth in the quartermile event with a time of 55.19 seconds, the worst of her nascent career.

The 19-year-old reigning world junior champion, who holds the national record of 50.79, won the gold in the Federation Cup on March 18 but with a modest time of 52.88 seconds. She ran below the Asian Championships qualifying standard of 52.75 set by the AFI.

"She had a break as she had her exams. She is young and what is crucial at this stage is to conserve her. The biggest stress for Galina (400m coach) is how to conserve Hima so that she can do some great stuff in 2024 Olympics," AFI President Adille Sumariwalla said on the inclusion of Hima in the team.

Sumariwalla said the AFI was initially reluctant to allow her take her examinations but later relented.

"Initially, we were not OK but we saw that she was getting upset about the prospect of not sitting in her exam and we decided to let her go," he said.

"If she is not going to focus on her training for the next three months, there was no point. So we decided it is better to let her go for the exam so that she can focus on her athletics later.

"It is not an Olympic year, there is enough time for her to recover and come back. Ideally she should not have gone for the exam but there is also a mental make-up for an athlete and that is also important."

Of the 40 named by the AFI selection committee, the participation of as many as 11, including that of seasoned 3000m steeplechaser Sudha Singh, is subject to confirmatory trials to be held in Patiala on April 13.

The number of the athletes may rise to 51 as the AFI will also hold a selection trial for the men's and women's 4x100m relay races.

Regarding Tejaswin, Sumariwalla said that the high jumper was not selected as he did not appear for any of the four legs of the Indian Grand Prix series as well as the Federation Cup though he had written to the AFI about the clash of dates with his examinations in the USA.

The Delhi athlete is studying at Kansas State University on a scholarship programme. He had recently jumped 2.28m at the Big 12 collegiate meet in Texas.

"Tejaswin wrote a letter to us but we made it clear like in the case of Vikas Gowda that you have to come and take part in at least one meet (Fed Cup or four Indian GP series) to show your performance. He is not being able to do that and we have not selected him," Sumirawalla said.

"In the USA, you can take exam anytime. He could have taken the exam before and after the Fed Cup. That is not an excuse," he added.

The AFI president said, "He is not in the TOP scheme of the government. He is not a medal prospect in the Olympics and not even near that. We are OK to miss out on a medal as we don't think him as a medal prospect."

Regarding Seema, who is currently training in Moscow, deputy chief national coach Radhakrishnan Nair said, "She has informed us she will be skipping Asian Championships to focus on World Championships. She is currently having a shoulder strain and undergoing rehabiltation."

Sumirawalla said Seema was cleared to train in Russia only after an undertaking to furnish a certificate that her coach was not involved in any doping related activities.