By Sajith B Warrier
Updated: Friday, October 8, 2021, 12:00 [IST]
oi-Sajith B Warrier
Neeraj Chopra's javelin fetched the highest bid in the e-auction of gifts given to Prime Minister Narendra Modi.

Bengaluru, October 8: The javelin used by Neeraj Chopra, which brought him the gold medal at Tokyo 2020 Olympics received the highest bid of Rs 1.5 crore in the e auction of gifts given to Prime Minister Narendra Modi.

The e auction of mementos that had started on September 17 ended on Thursday (October 7) with the maximum number of bids received for the sculpture of Sardar Patel (140).

The proceeds of the e auction will go to the Namami Gange Mission to rejuvenate the Ganga.

Among the items that received the most bids was a wooden Ganesha with 117 bids, a memento of the Pune metro line which got 104 bids and a memento of Victory flame which received 98 bids. 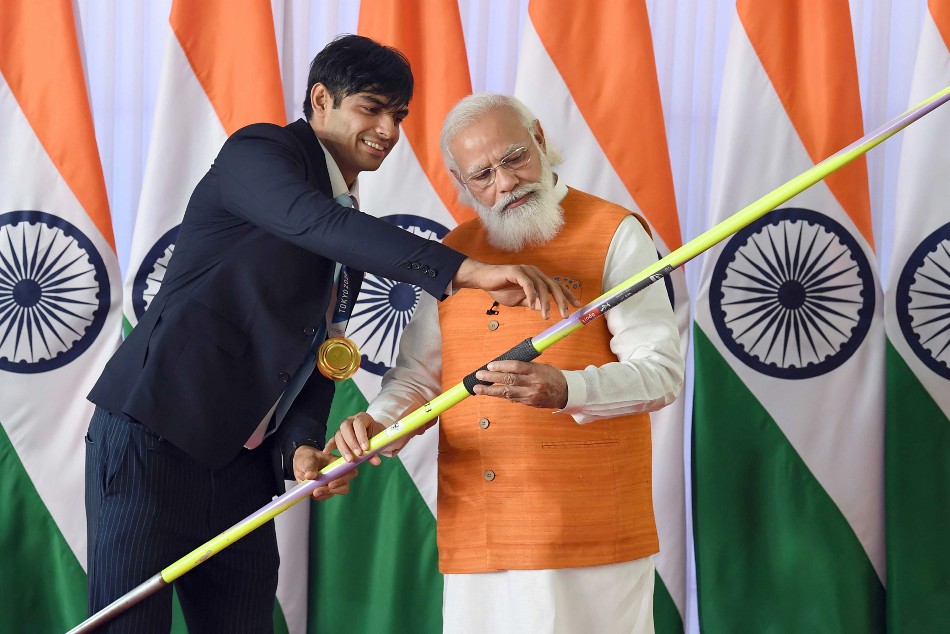 The highlight items of this round of e auctions included the sports memorabilia of the medal winning Tokyo 2020 Paralympic Games and the Tokyo 2020 Olympic Games; models of Ayodhya Ram mandir; Varanasi's Rudraksh auditorium and many other precious and interesting collectibles.

In the e auction, 1,348 mementos were put up and around 8,600 bids were received on pmmementos.gov.in.

Since the auction opened on September 17, all eyes were on the sporting gear of Olympians and Paralympians, who competed at Tokyo 2020.

Initially, the javelin used by Neeraj which received the highest bid of Rs 10 crore on the opening day, was later cancelled on the suspicion that it could be a fake bid.

At the last such auction, in September 2019, as many as 2,770 objects went under the hammer. These included paintings, sculptures, shawls, jackets and traditional musical instruments. The proceeds were also donated to the Namami Gange Mission.

This time, after the e auction ended on Thursday, the Culture Ministry noted the highest bidders through e mail.