Nobody cares whether they come: China’s response to Australia’s diplomatic boycott of Beijing Winter Olympics

Bengaluru, Dec. 8: After Australia announced its decision to join the US diplomatic boycott of the 2022 Beijing Winter Olympics, China lashed out, saying it never planned to invite Australian officials. 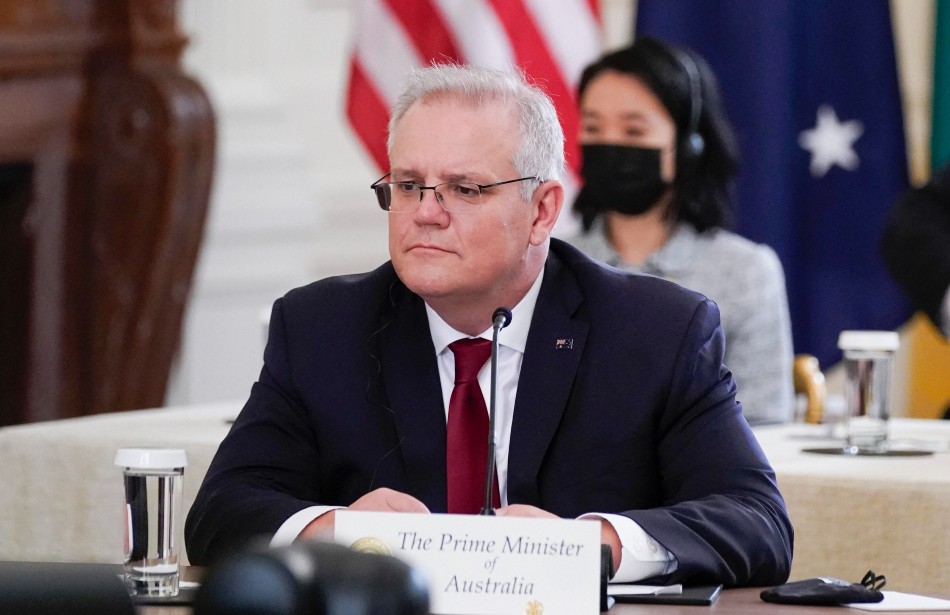 Australia joins US in diplomatic boycott of Beijing Games

On Wednesday, reacting to Australia’s decision, China said, 'nobody cares’ whether they come or not.

Earlier on Wednesday, Australian Prime Minister Scott Morrison had announced that Australia will join the US boycott. Morrison said, the decision to join the US boycott was in response to 'human rights abuses’ in China’s Muslim-majority Xinjiang province and 'many other issues that Australia has consistently raised’. Though the Prime Minister added that this decision would not hamper the athletes in any way as they would be attending the Games which is set to be held in February next year.

Reacting to Australia’s decision, during a media briefing in Beijing, Wang said, “China has reiterated many times that the winter Olympics is not a stage for political posturing and manipulation. China never planned to invite any Australian officials to the games. Whether they come or not nobody cares.”

"It exposes fully that the Australian government has been so blindly following certain country's steps that it doesn't tell right from wrong, and has no bottom line", he added, without directly referring to the US decision on diplomatic boycott.

He went on to further assert, ”China deplores and rejects this and has lodged stern representations with Australia.”

The Winter Olympics is scheduled to take place from February 4 to 20 in Beijing and towns in the neighbouring Hebei province.

On Tuesday (Dec. 7), China protested to the US after Washington announced its decision on the diplomatic boycott and threatened to retaliate without giving further details. The US said it would not send diplomats to the Games in Beijing over concerns about China's human rights record.

Besides the US, the European Union and several other western countries were expected to follow suit. New Zealand has announced on Tuesday that it will not send diplomatic representatives at a ministerial level to the Beijing Winter Olympics in February, Deputy Prime Minister Grant Robertson said. He cited COVID-19 as the reason.

Morrison said it was ''no surprise'' that Australia had joined the boycott, given relations with China had deteriorated in recent years. ''I'm doing it because it's in Australia's national interest,'' he said on Wednesday. ''It's the right thing to do,'' BBC quoted him as saying.

He accused China of rejecting opportunities to improve relations, insisting Australia remained open to bilateral talks. The relations between Beijing and Canberra turned turbulent in 2018 and nosedived further after China took exception to Australia's call for global inquiry into the origin of the COVID-19.

The coronavirus outbreak was first reported in the central Chinese city of Wuhan in late 2019. Australia also ramped up measures to address growing concerns of Chinese political influence in Australian society including the government, universities and media and questioned China's maritime claims over the South China Sea. Malaysia, Vietnam, the Philippines, Brunei and Taiwan have counterclaims.

China has retaliated by curtailing Australia's exports. The relations were further exacerbated after Australia joined the US-UK alliance called AUKUS to curb Beijing's growing influence in the Indo-Pacific. The pact also paves the way for Australia to acquire nuclear-powered submarines.

The diplomatic boycott meant that no top official of the US or its diplomats will take part in the inaugural and closing ceremonies of the Beijing Winter Olympics, which will take the sheen from the prestigious event that also makes the Chinese capital the only city in the world to have hosted summer and winter Olympic games.

China has already announced that Russian President Vladimir Putin has accepted his Chinese counterpart Xi Jinping's invitation to attend the inauguration ceremony of the Beijing Winter Olympics to be held in February next year. A South Korean official said on Wednesday that Seoul supports China hosting the games, but did not say whether any official would participate in the ceremonies.