ONE 157: Petchmorakot vs Vienot – The Fight Plan for Featherweight Muay Thai World Title

Bengaluru, May 17: Petchmorakot Petchyindee will defend the ONE Featherweight Muay Thai World Title for the third time this Friday (May 20) at ONE 157. He will do so against five-time Muay Thai World Champion Jimmy Vienot, who is taller than the Thai champion.

Given Vienot's height advantage, Petchmorakot must find a different approach to keep the title around his waist. However, the Frenchman will not be an easy matchup for the Petchyindee Academy representative, making this contest an intriguing one.

Here is what both fighters could do to win the main event at the Singapore Indoor Stadium:

Vienot Must Fight A Disciplined Match

It's a must for Vienot to pressure the ONE World Champion by utilizing his boxing skills. Aside from landing powerful punches, he must throw them continuously to prevent Petchmorakot from getting into a good position.

He can take a page from former ONE Bantamweight Kickboxing World Champion Alaverdi Ramazanov's playbook against Petchmorakot. His intense boxing did not allow the Thai to establish his jab. Launching lead hooks and left crosses will help Vienot inflict damage while reducing Petchmorakot's opportunities.

Aside from being on target, Vienot should maintain distance from the World Champion to have space for his own attacks and anticipate Petchmorakot's offense. He can use his push kick to keep the titleholder at bay, given his long legs.

He can also combine the push kick with low kicks to keep his foe guessing, just like what kickboxing legend Giorgio "The Doctor" Petrosyan did to counter Petchmorakot's attacks. 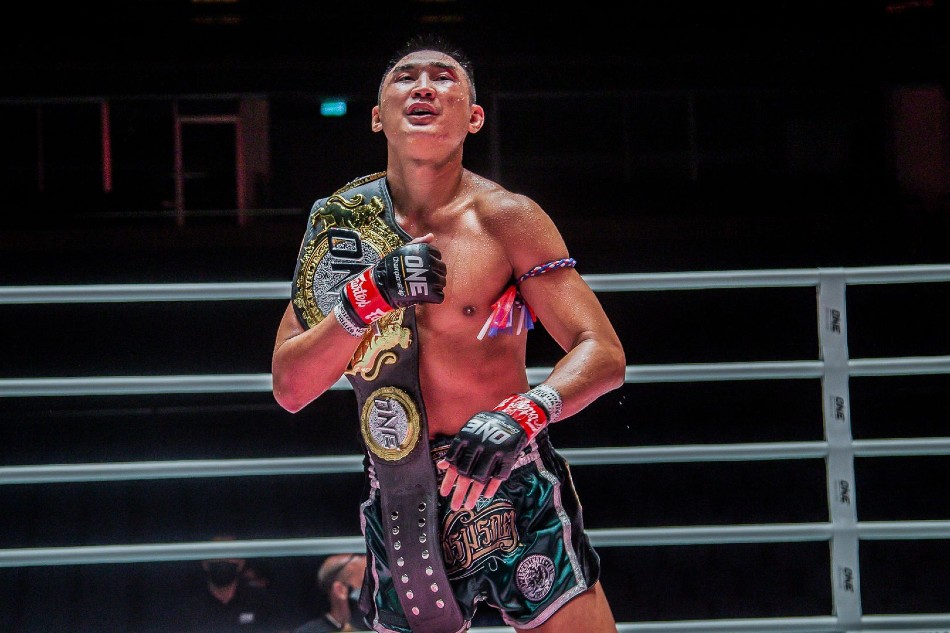 ONE 157: Petchmorakot vs. Vienot - Full card announced for May 20 event

Petchmorakot Must Keep His Strikes On Point

The current World Champion can retain his title by using his long limbs. Doing so won't be as easy against a taller opponent but establishing his jab will set up the foundation for a solid game plan. He will succeed if he can pin Vienot against the Circle Wall and unleash his knees or elbows.

Since the challenger also has precise boxing skills, Petchmorakot must time his strikes to land a split second earlier than Vienot. Otherwise, his elbows and knees will be useless. Maintaining close quarters will allow him to establish his patented strikes.

Moreover, he should pepper Vienot with punches to force him to defend the upper body. When that happens, Petchmorakot could find openings to deliver his bone-crushing knees. Keeping his opponent guessing may help him land the devastating blow that will end Vienot's resistance.