Bengaluru, September 19: India's Ritu Phogat aims to extend legacy of famed wrestling family name in MMA as she revealed how grappling has helped her transistion quickly to mixed martial arts.

Phogat is preparing to make her next walk to the Circle, this time against former World Title challenger Tiffany Teo in a 3-round atomweight battle at ONE 161: Petchmorakot vs. Tawanchai, scheduled for September 29 at the Singapore Indoor Stadium.

Phogat has proven to be a finisher inside the Circle, and she currently holds a record of 7-2. If "The Indian Tigress" is successful in this matchup, then she may inch her way toward a World Title shot versus reigning ONE Women's Atomweight World Champion Angela Lee.

Phogat comes from a family of wrestlers and began her training at the age of 8. After years of training and winning multiple medals in the sport, she plans to use her elite wrestling skills in this next fight.

"I have rarely seen [a] wrestling game like [mine] from anyone so far," Phogat said. "I have been in this sport since my childhood, and I am reaping the benefits now. Be it women's or men's category, I have rarely seen the best wrestling."

The 28-year-old impressed fans in her ONE debut in November 2019. Phogat faced Nam "Captain Marvel" Hee Kim at ONE: AGE OF DRAGONS. Less than four minutes into the opening round, the Commonwealth Wrestling Gold Medalist utilized her ground game to finish Nam. 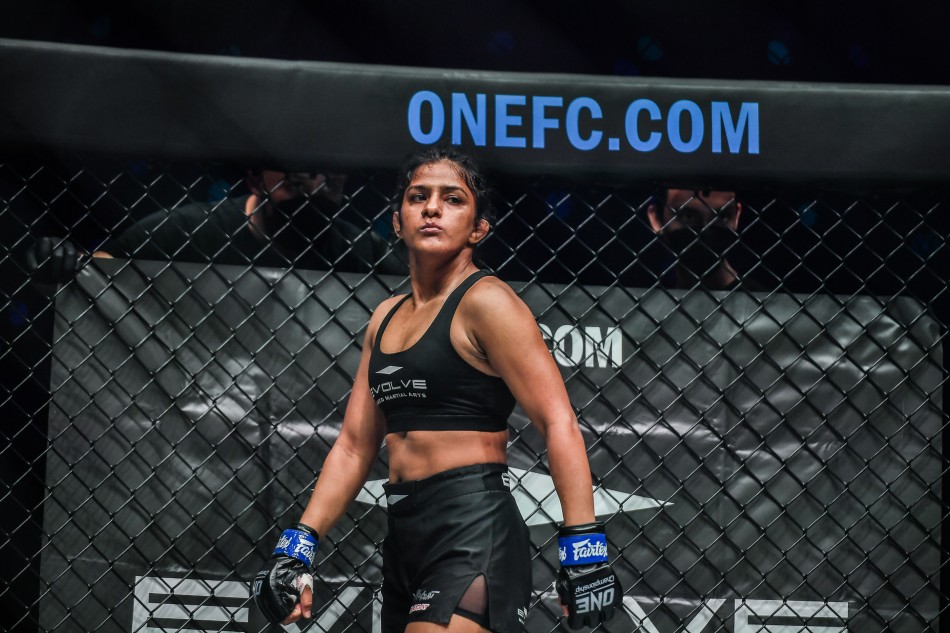 ONE 161: Ritu Phogat to face Tiffany Teo in Bhullar vs. Malykhin undercard

Her wrestling will also come in handy against her next opponent, "No Chill." Teo also holds a 7-2 record, and she has picked up three wins via submission. Her latest victory against Meng Bo ended in the second round with a rear-naked choke.

However, the Indian MMA star is confident in her skills and aims to add to the legacy her family started.

"My family has earned its name in wrestling. Whenever wrestling is discussed, Phogat family's name gets highlighted," she said.

"In the future, I want that when people talk about MMA, [the] Phogat family name is in the foreground too. It will be a proud moment for me."

While Ritu has moved to MMA, her family members Babita, Geeta, Sangeeta, Vinesh and Priyanka are also wrestlers, who won medals at the global stage.

Catch Ritu Phogat in action at ONE 161: Petchmorakot vs. Tawanchai on Thursday (September 29) at the Singapore Indoor Stadium in Kallang, Singapore.