ONE Championship: Stamp Fairtex eager for another shot at Angela Lee

Bengaluru, September 23: Stamp Fairtex aims to land another shot at ONE Atomweight World Champion Angela Lee with a victory in her next outing in ONE Championship.

Stamp is currently preparing for her next fight against Jihin Radzuan, scheduled to take place at ONE Fight Night 2: Xiong vs. Lee III on Saturday (October 1) at the Singapore Indoor Stadium.

But the ONE Championship dynamo feels she still has an old score to settle and hopes that the bout against Radzuan will bring her one step closer to a rematch with Lee.

Stamp faced "Unstoppable" at ONE X this past March in a bid for the Sinagporean-American's gold but was unsuccessful in her pursuit.

After hurting Lee with a body shot in the first round, the Fairtex fighter fell victim to her foe's infamous grappling and tapped to a rear-naked choke in round two. Now, the #1-ranked contender sees a possible climb back to a World Title shot with a win over "Shadow Cat." 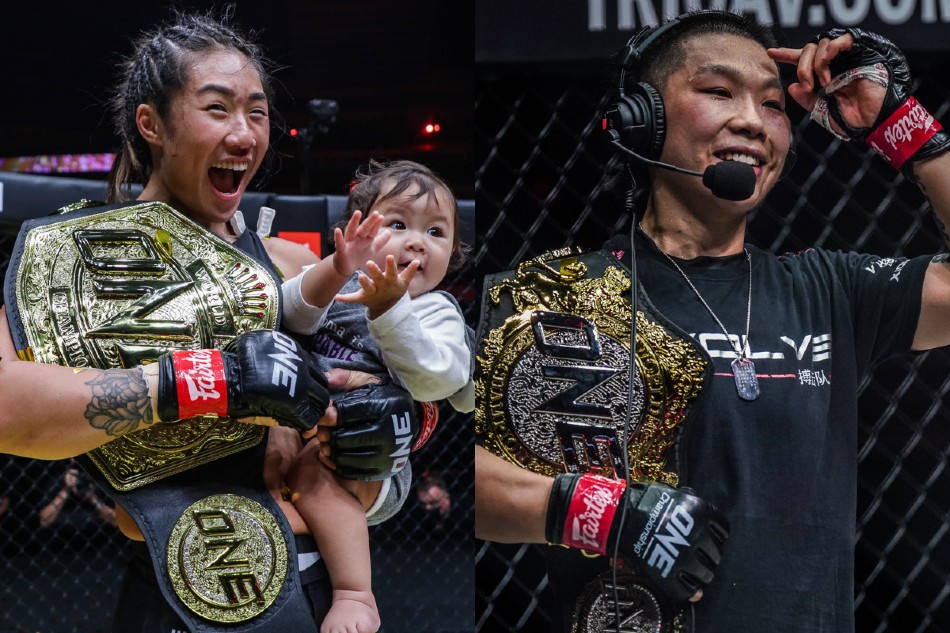 "I will bring some of [my] heavy Muay Thai weapons to [this] fight. I intend to utilize my sharp and swift weapons like elbows and knees rather [than] kicks because I've seen that she likes to catch her opponent's legs. I will kick less and use heavier and sharper weapons to stun her. And, she won't be able to put pressure on me," Stamp said.

"[A] victory means a lot to me in this fight. If she beats me, she may take away the #1 position from me. Of course, I won't let her do that. I've been training so hard to maintain my #1 position so that I could challenge Angela Lee again."

Before trading blows with Lee, the 24-year-old was famous for being the organization's first two-sport champ, winning both the ONE Atomweight Kickboxing and Muay Thai World Titles. Along with those accolades, she is also the ONE Women's Atomweight World Grand Prix Champion and holds an MMA record of 8-2.

Radzuan, however, is a strong Malaysian atomweight with a well-rounded ground game and striking skill set. The #5-ranked contender also holds a record of 8-2, with two submission victories to her resume.

Despite her opponent's strengths and finishing capabilities, Stamp is determined to win so she can challenge Lee once again.

"This is not a feeling of pressure. For me, it's more like [a] driving force to let me surpass the limit. After [this] fight with Jihin, next year I might have two or three fights in MMA. I'd like to ensure that I become strong and ready enough to make the World Title rematch with Angela," Stamp said.

Before Stamp re-enters the Circle, ONE action resumes on Thursday (September 29) with ONE 161, which will be live on Disney+ Hotstar and Star Sports Select 2, starting with the lead card at 3:30 PM IST followed by the main card at 6 PM IST.