Bengaluru, October 11: Twelve of the world's finest martial artists will battle it out on Friday, October 29 at ONE: NEXTGEN, which will be headlined by a ONE Super Series World Title showdown and the ONE Women's Atomweight World Grand Prix semifinals.

The card, which broadcasts live from the Singapore Indoor Stadium, features the return of Indian MMA star Ritu Phogat, who earned a come-from-behind win in the quarterfinals of the Atomweight World GP.

"The Indian Tigress" Phogat will face Japanese sensation Itsuki "Android 18" Hirata in the semifinals. She secured her spot in the semis following a courageous display versus China's Meng Bo last time out. 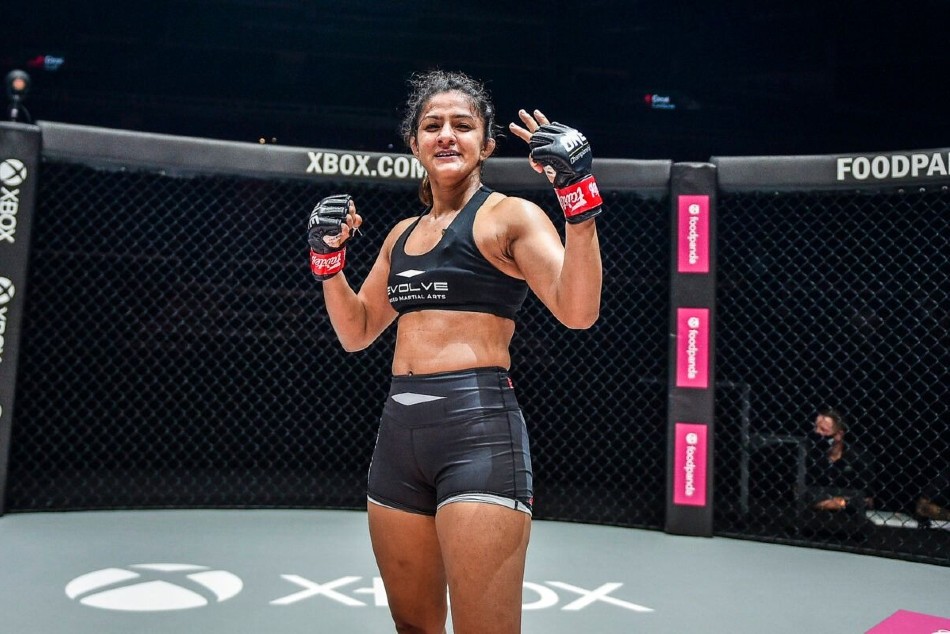 The pair were supposed to meet in December 2020, but the World Champion was forced to pull out from his World Title defense due to COVID-19 safety protocols.

Aygun was given another opponent that night, and he smashed his way past Brazilian kickboxing veteran Anderson "Braddock" Silva to prove that he still deserves a shot at the ONE gold. Kryklia returned to action two weeks later and earned a dominant win versus Andrei "Mister KO" Stoica.

Both athletes are ready to trade heavy leather in Singapore at the end of the month, and fans in India can expect to be treated to a striking masterclass when these two finally meet.

Should Phogat defeat Hirata, she can relax and watch the night's co-main event between former two-sport World Champion Stamp Fairtex and Julie Mezabarba.

The Thai megastar was originally scheduled to fight Ham Seo Hee in the semifinals, but the South Korean veteran was forced to withdraw due to injury.

Replacing her is Mezabarba, who beat former two-time ONE World Title challenger Mei "V.V" Yamaguchi via unanimous decision at ONE: EMPOWER to step in as the tournament alternate.

Here is a look at the full ONE: NEXTGEN Card:

Download the ONE Super App to catch up with all the latest action on ONE: NEXTGEN.