The first set started with the Blue team establishing an early lead of 6-4. Strange was in some form causing the main damage to the Yellow team. At first Technical Time Out (TTO), Blue went with a lead of 8-5. Led by Strange's 11 points in the set which included a Super Serve and 4 serve points blue got the first the set 15-5. 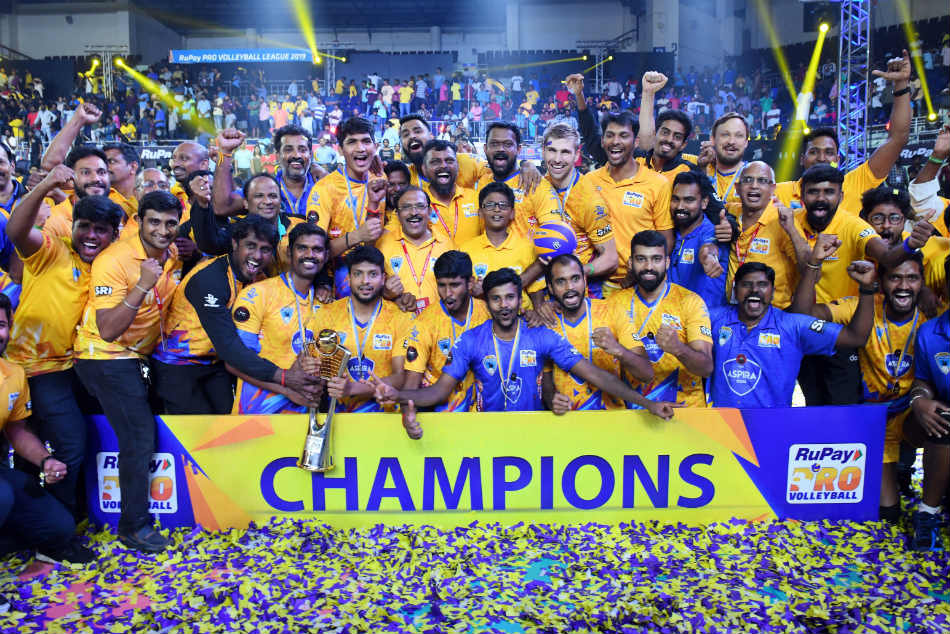 The second set was much more even as All-Stars Yellow took a 3-1 lead. Blue soon came back and levelled the score at 5-5 and went into a 7-5 lead with a Sruthi M serve and a Poornima spike.

Team Yellow wasn't ready to let the match slip out so easily as Marina Cvetanova got into action to help her team reach an 8-7 lead with a spike and a serve point.

Blue changed gears and raced to an 8-2 lead at the TTO. It was a walk in the park for All-Stars Blue as they closed the set 15-6 and the match 2-1.