Since his debut in 2019, De Ridder has had an incredible career in the ONE Circle, where he has already become a two-division champion, one of the few "champ-champs" in the organization.

The Brazilian Jiu-Jitsu black belt has a perfect record of 16-0 in mixed martial arts and has swept the ONE roster with incredible victories over some of the organization's biggest names.

However, "The Dutch Knight" is still pursuing greatness and hopes to achieve it by laying a third strap over his shoulder - the ONE Heavyweight World Championship. 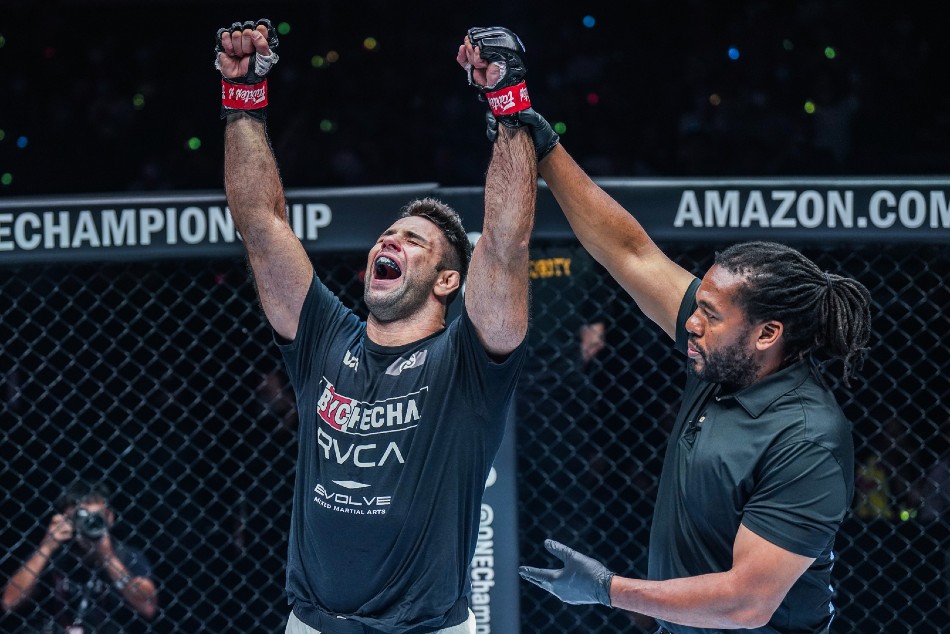 ONE Fight Night 1: Marcus Almeida makes case as next ONE World Title Challenger

"They're talking about doing [Anatoly] Malykhin and [Arjan] Bhullar first, but let me have my shot first. Both of them on the same night. I don't care. [ONE] does mixed-rule stuff, so why not two opponents? Let's do it."

At ONE: Full Circle in February, De Ridder faced off against Kiamrian "Brazen" Abbasov. After picking apart "Brazen" for most of the fight, "The Dutch Knight" finished him with an arm-triangle submission in the first minute of the third round.

Most recently, "The Dutch Knight" took on Vitaly Bigdash as the headliners of ONE 159. Despite a rocky start, De Ridder finished Bigdash at the 3:29 mark via inverted triangle.

After asking for so long, the time may have come for him to get a chance at the heavyweight gold.

"Arjan Bhullar is out of the heavyweight title fight as expected. I know a guy who would step in. ONE Championship, Chatri Sityodtong, watch me write history," De Ridder said in an Instagram post.