Changwon, September 3: Anjum Moudgil and Apurvi Chandela became the first set of Indian shooters to secure quota places for the 2020 Olympics by winning a silver and finishing fourth respectively in the women's 10m air rifle event of the ISSF World Championship here on Monday (September 3). 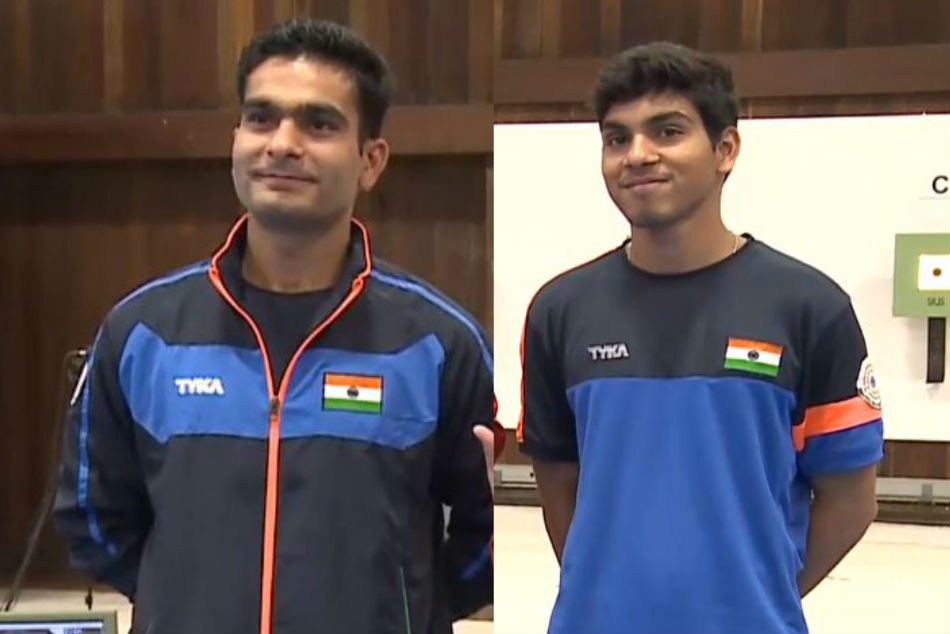 Moudgil finished second on the podium behind Korean Hana Im (251.1) and ahead of bronze-medallist Eunhea Jung (228.0), who is also from Korea. The 24-year-old Moudgil shot a total of 248.4 in the eight-women final to open the Indian senior squad's medal account in the prestigious tournament.

While the equally talented Chandela aggregated 207 to finish fourth but still made the cut since a country can avail two Olympic quota places in this event. The International Shooting Sport Federation's (ISSF) premier tournament assumes added significance as it is the first Olympic quota event for the Tokyo Games, offering as many as 60 berths across 15 events.

Both Moudgil and Chandela's sequence of scores in the finals included quite a few high 10s, an indication that the two were shooting well. Earlier in the qualifications, Moudgil and Chandela finished fourth and sixth respectively. Though the two shooters have secured quotas, as per the stated policy, the National Rifle Association of India (NRAI) will take the final call on selection, based on the aggregate scores of shooters (in international tournaments and selection trials) leading up to the Olympic Games.

What a sterling performance!#ManishaKeer won a SILVER medal & equalled the #JuniorWorldRecord in Trap Women Junior final in Changwon.

Meanwhile, Manisha Keer also clinched a podium finish for India at the World Championship. Keer won a silver medal and equalled the junior world record in the trap women junior final in Changwon.

In the men's 10m air rifle event, Asian Games medallist Deepak Kumar cleared the qualification but finished sixth in the highly competitive final which was dominated by Russia and Croatia. India had on Sunday (September 2) bagged two medals in the junior events, even as the seniors failed to make the finals of mixed events in 10m air rifle and air pistol. The junior events are not offering quotas.

It's a special, SPECIAL day! 🎉

With their Silver medal and 4th place finish, @anjum_moudgil and @apurvichandela are on their way to Tokyo. Proud moment for India. Well done girls! Can't wait to cheer you on. 🙌🏼 #Tokyo2020 https://t.co/h4Mrry8Wjc