Gurugram, Nov. 12: No player has won the Panasonic Open India more than once and Khalin Joshi will be among the select band to try and do it for the first time, when the event tees off at a new venue. 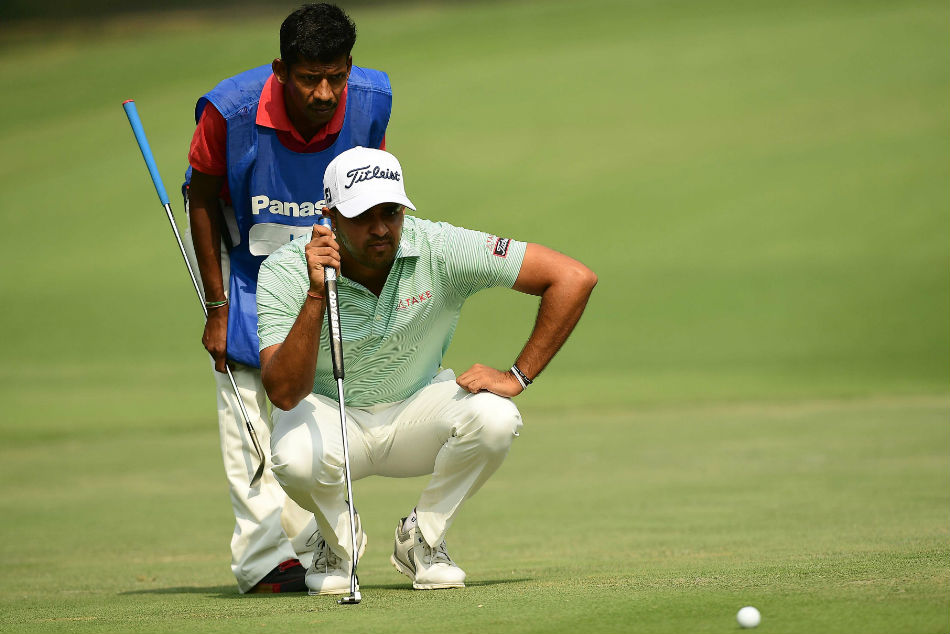 The US$400,000 full field Asian Tour event will be played from November 14-17 at the Classic Golf and Country Club for the first time. The previous editions were held at the Delhi Golf Club.

Players from as many as 17 countries have entered for the event, which has become well-known for producing Indian winners. Seven of the eight winners going back to 2011 have been Indian, but no one has been able to repeat the success.

The 2019 edition will see five of the eight previous winners return to the event with Joshi leading the way and Shiv Kapur, Mukesh Kumar, Chiragh Kumar and Digvijay Singh giving Joshi company in the winners' gallery.

Joshi, who had a series of Top-10s before grabbing his first win at the Panasonic Open India, will be hoping to buck the trend and become the first repeat winner. A bunch of talented Indians from Shiv Kapur to Khalin Joshi, Ajeetesh Sandhu, Rashid Khan, Viraj Madappa, S Chikkrangappa, Aadil Bedi among others could lift that lovely trophy besides winning the Blue Jacket, that has become the tradition for winners of Panasonic Open India.

.@KhalinJoshi is eagerly looking forward to the coming week and is all confident for yet another victory at the #PanasonicOpenIndia. #whereitsAT pic.twitter.com/F5YbSt5tHM

Uttam Singh Mundy, CEO, PGTI, said, "We are delighted to continue our partnership with Panasonic through the staging of the 2019 edition of the Panasonic Open India. It is the committed support of sponsors such as Panasonic that has given Indian professional golf the much-needed boost. The Panasonic Open India has always brought out the best from the Indian professionals as seven out of the eight editions of the tournament staged so far have been won by Indians. This year we look forward to yet another strong showing by the Indian contingent which will be led by defending champion Khalin Joshi."

Ready for another tantalising week of golf in 🇮🇳 this week?

Another highlight of the event will be the presence of India's 'Big Three' Jeev Milkha Singh, Arjun Atwal and Jyoti Randhawa, all of them now senior professionals. Between them they have won titles on every major Tour of the world, ranging from US PGA to European, Asian and Japan Tours. They have been the standard torchbearers of Indian golf for more than two decades and they, more than anyone else, would be pleased to see the revolution in Indian professional golf. It was they, after all, who set the wheels in motion.

The generation next to them now being led by Shiv Kapur, Anirban Lahiri, Gaganjeet Bhullar and Shubhankar Sharma, ply their trade on Asian, European and PGA Tours. And they in turn have inspired the current crop including Ajeetesh Sandhu, Khalin Joshi, Rashid Khan and many others.

Speaking ahead of the start of the tournament, an elated Joshi said, "It's going to be exciting defending my first Asian Tour title. I like the golf course and my game is getting more positive and I'm confident. The win is still very fresh on my mind. I putted and drove the ball really well that week. There are positive signs now as I'm getting those similar feelings like last year. I just got to just block out unnecessary thoughts like I'm the defending champion and just play my own game."

Joshi produced a dramatic finish when he fired four birdies in his closing five holes to sign for a four-under-par 68 and clinched his maiden Asian Tour title by one shot over Bangladeshi Siddikur Rahman, who finished runner-up for the third time. "The Classic Golf and Country Club is a lovely course and it's not very long. But it demands good driving and good putting as well. If you can put the ball on the fairway and putt well, you're going to be up there on the leaderboard for sure," said Joshi.

Joshi has not been as steady as he was a year ago, with his best finish this season being tied-19th result in Chinese Taipei last month. "I have not enjoyed a great season so far, but I hope to play well every week and put myself in a good position so that I can put myself in a winning situation again," said Joshi.

After winning Fiji International during the European Tour last year, @gagsbhullar is ready to compete after a decade at #PanasonicOpenIndia. #whereitsAT pic.twitter.com/oi25yMbM7Y

With the 2019 season nearing its end, Indian golfers collectively need to ensure that their amazing streak of having won at least one international professional title is maintained. After six wins, including one on the Asian Development Tour, Indians have not won any in 2019.

Indians have also been formidable on home turf - their seven wins in eight stagings of the Panasonic being a solid proof of that - but the two events held earlier this year in India have not produced an Indian winner. Rashid Khan at T-10 with S Chikkarangappa at the Hero Indian Open, and Rashid again at second, was the best Indian in both the events held in India this year. With a strong Indian presence in the full field event, local fans will be hoping for another home win and that could well come from one of the new faces waiting for their breakthrough on the Asian Tour.

The Panasonic Open India is the second leg in the third edition of the Asian Tour's 2019-20 Panasonic Swing, which is a ranking based on an aggregate points race that spans five events with the final top-three players chasing a share of a lucrative bonus pool.