Bengaluru, August 4: Jamaica's track queen Elaine Thompson-Herah and Poland's hammer thrower Anita Wlodarczyk cemented their status as all-time athletics greats, achieving what no other women had done before, while Athing Mu's and Mondo Duplantis's stars continued to rise on a busy day at Tokyo 2020.

The finals on the fifth day of action at the Tokyo 2020 Olympics were certainly not lacking in drama.

Thompson-Herah became the first woman to successfully defend a sprint double at the Olympics. 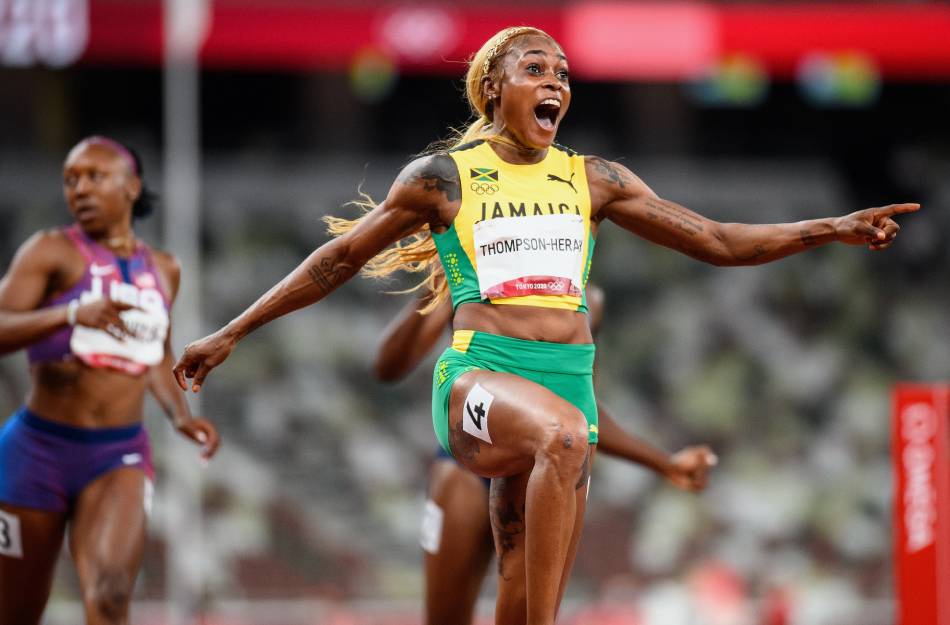 After equalling her personal best of of 21.66 in the semifinals of the 200M, many fans were keen to see how fast the 29-year-old could go in the final.

The Jamaican, drawn in lane seven, strode to victory and was never seriously challenged, stopping the clock at 21.53sec to break Merlene Ottey's national record. 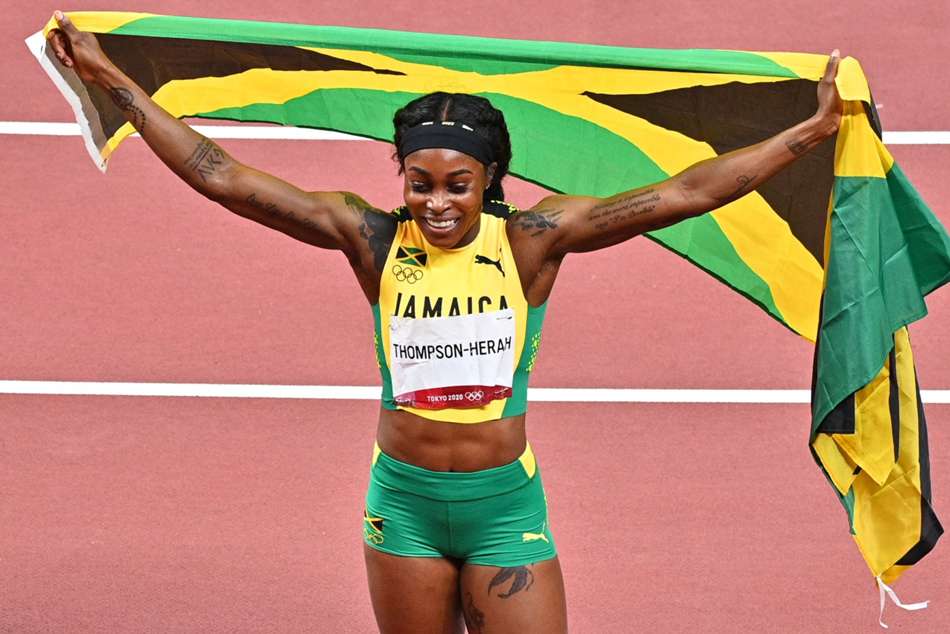 Namibia's Christine Mboma came through to take silver in 21.81, breaking her own world Under-20 record from the semifinals, and USA's Gabby Thomas took bronze in 21.87.

"It's been a rough week," Thompson-Herah told World Athletics.

"I'm super tired, I hardly slept after the 100M. My legs really need a rest now because we ran two rounds of the 200M in one day yesterday, which isn't normally the case. To run a national record, I'm so, so happy."

Business as usual for Wlodarczyk

Wlodarczyk won her third successive Olympic title in the hammer, becoming the first woman to earn three gold medals in a single discipline. Following her 76.99M heave in qualifying, it was clear she was in form to defend her title.

Wlodarczyk took the lead in round two with 76.01M, then extended it with 77.44M in round three before unleashing her best of the day, 78.48M, in round four. The podium was a repeat of the medallists from the London 2017 World Championships as China's Wang Zheng delivered a last-round effort of 77.03M to take silver and Wlodarczyk's team-mate Malwina Kopron took bronze with 75.49M.

Two teenagers lined up for the women's 800M final and less than two minutes later they were the first to cross the line. Fearless and astute, running with an ability and execution that belies her 19 years, USA's Mu dictated the pace at every stage, front-running her way to victory. She covered the first lap in a swift 57.9, followed closely by Jamaica's Natoya Goule and Ethiopia's Habitam Alemu.

Keely Hodgkinson, meanwhile, was nearer the back of the pack along with British team-mates Jemma Reekie and Alex Bell. Mu continued to lead throughout the second lap, but Goule and Alemu started to fade on the home straight while Hodgkinson had moved up to third.

Mu kicked to victory down the home straight and Hodgkinson followed. Mu continued to pull ahead and crossed the line in a US record of 1:55.21 while Hodgkinson took silver in 1:55.88, breaking Kelly Holmes' British record with 1:55.88. World silver medallist Raevyn Rogers was seventh with 100M to go but produced another strong finish to come through to take bronze in 1:56.81.

Duplantis was the last man standing in the pole vault and indeed of the whole session as he landed his first senior global title. The world record-holder did not record any failures up to and including his winning height of 6.02M.

Chris Nilsen proved to be Duplantis's toughest opponent. The US champion got over 5.87M on his first try, moving him into second place, and then got over 5.92M and 5.97M, setting a personal best. Defending champion Thiago Braz, meanwhile, enjoyed his best competition in a long time and cleared a season's best of 5.87m to take bronze.