UFC 253: Adesanya in bullish mood ahead of Costa bout

Abu Dhabi, September 24: Israel Adesanya has promised to make his fight with Paulo Costa "look easy" when the pair clash in UFC 253 this weekend.

Adesanya – who is nicknamed "The Last Stylebender" – is the defending UFC middleweight champion and goes up against Costa on "Fight Island".

Both fighters are undefeated heading into what has been billed as the fight of 2020, but Adesanya was adamant Costa will prove no match for him. 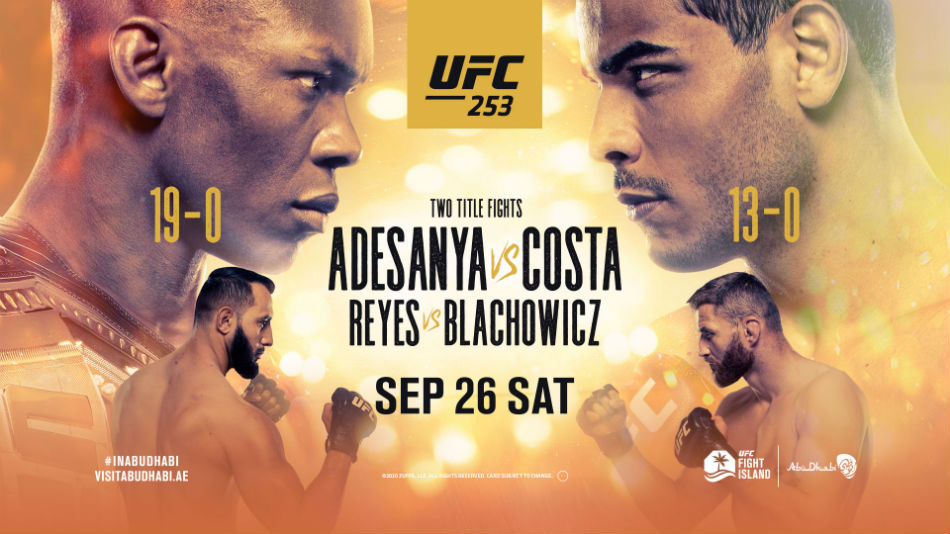 "Everyone thinks, wow this is a big fight. I'm like, no, I've already had the fight of the middleweight division, which was Kelvin Gastelum.

"I've already had the biggest fight in the middleweight division crowd-wise, which was Robert Whittaker. I'm gonna make it look easy. A lot of people are gonna be shocked by that."

One of the biggest fights in middleweight history!

Adesanya and Costa enjoyed a civil meeting in Abu Dhabi, with the duo trading compliments.

Costa acknowledged his surprise at Adesanya's change in demeanour during the meeting.

"I don't know what happened, he changed his personality a lot, his persona," Costa told MMA Mania.

"The Adesanya that I saw on the video conference was a very disrespectful guy, he showed his fingers a lot to me. But when I met him upstairs, he was very kind, very gentle."

However, neither fighter held back in their verbal insults during media day, with Adesanya going as far as to tell Costa: "Shut the f*** up before I become your stepdad."