Was not thinking about a record or Olympic quota: Saurabh Chaudhary

New Delhi, February 24: A gold medal with a world record score and an Olympic quota as an icing on the cake, young Saurabh Chaudhary could have hardly asked for more on a 'Super Sunday', where his sole focus was on giving his best "shot". 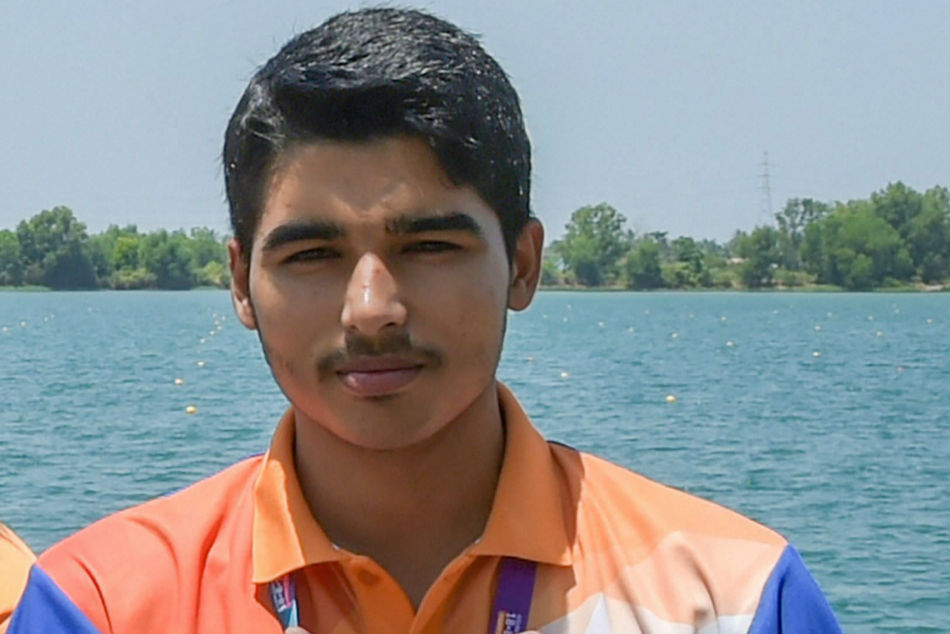 Saurabh, who holds the junior world record, smashed the senior record on his way to the men's 10m air pistol gold with at the ISSF World Cup here. He finished with a total score of 245, also securing an Olympic quota for the country in the process.

Saurabh, whose every shot was met by ecstatic cheers from the crowd, said it was special winning at home. "To win a medal in front of the home crowd, in my first senior World Cup was superb. The crowd was similar to the Asian Games," the teenager said.

He may have dominated the final event from the start, finishing 5.7 points ahead of the silver medallist but assessed that the field was tough. "This being my first senior final, I felt the pressure in the morning. The competition was hard. I was aware of my lead but didn't let it get to my head. I was not thinking about the quota, just wanted to give my best," he said.

While it was ecstacy for Saurabh, Manu Bhaker faced another disappointment failing to finish on the podium in the 25m pistol event was shattered by the defeat. "I tried my best. I don't know what happened," Manu said.

Asked if she was nervous or felt burdened by the expectation of the home crowd she said:"The support was great. There was no pressure I was just happy India is hosting the World Cup."

Asked whether the injury to her left arm caused her problems Manu insisted that she was fully fit. "l had some problems with my left arm till February 21 but now it's fine. That is not the reason for my bad performance today," Manu didn't make any excuses.

The youngster said that he is yet to figure out why she is having a consistent final jinx. "I do not know about the mistakes I committed right now. My monitor was on the other side so I couldn't see it properly. My performance in 25m throughout last year has been 4th, 5th or 6th position. I don't know what's wrong," she said.

Manu had finished sixth in the Asian Games and fifth at the ISSF World Cup in Mexico last year. "I am focussing on 10m now," she said.