Pyeongchang, February 24: Ester Ledecka sealed the first snowboard and skiing double victory in Olympic history on Saturday as she pulled off a stunning win in the women's snowboard parallel giant slalom. 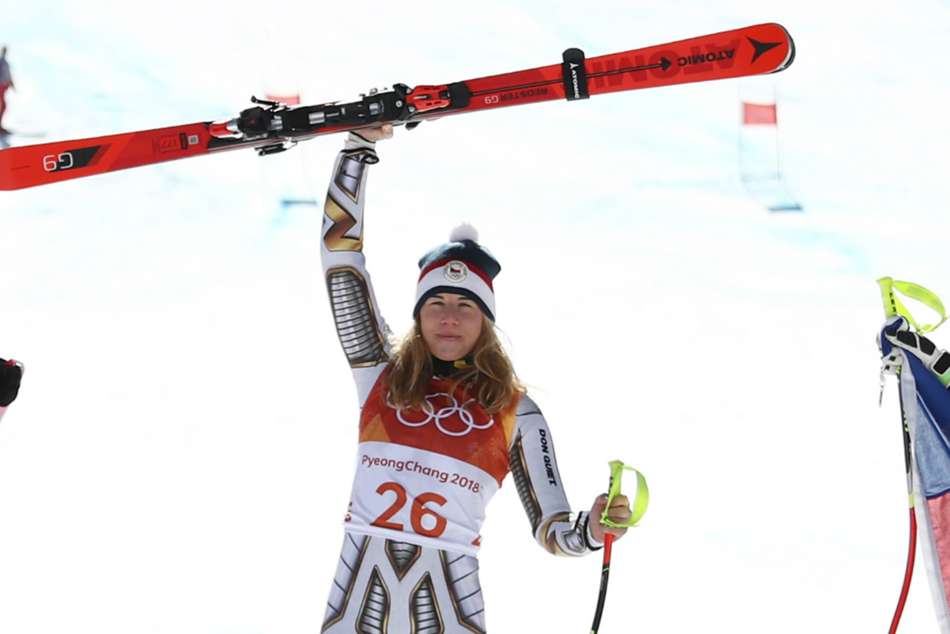 Ester Ledecka has done it! She is now a double gold medallist!

One week ago, Ledecka stunned a strong field including defending champion Anna Veith and American star Lindsey Vonn to win the super-G, becoming one of the stories of the Games. Ledecka started skiing aged two and snowboarding at five and has competed at world championships in both events, although she had never medalled on skiis before the Pyeongchang games.

I never heard of Ester Ledecka before last week and now I’m considering how she fits among the greatest athletes of all time.

With Saturday's win, Ledecka joins Norwegians Thorleif Haug and Johan Groettumsbraten as the only athletes to do a multi-sport double at the Winter Games. Haug did the cross country and Nordic combined double at the 1924 Olympics and Grottumsbraten won the same events at the 1928 Games. "She will definitely have a long-lasting impact," American ski star Lindsey Vonn said earlier of Ledecka.

Ester Ledecka does it. Gold in Super-G alpine skiing first, gold in parallel giant slalom snowboarding now. A historic double. Nobody had a better PyeongChang Games than the 22-year-old from the Czech Republic whose racing suit is in superhero motif. If the suit fits.

"With the next generation coming up, everyone wants to experience everything. Millennials are raw -- being inclusive and trying other sports is important for them, as it should be. Ester can give them hope that competing and being successful in more than one sport is possible."