Chopra, who is the only Indian track and field athlete to win a gold medal in Olympics last year, became only the second athlete from the country to win a medal at the World Championships after long jumper Anju Bobby George, who had won bronze in 2003.

The 24-year-old Indian produced a best throw of 88.13 metre to win silver. Defending champion Anderson Peters of Grenada clinced gold again with a massive 90.54m in his final attempt, while Czech Republic's Jakub Vadlejch won the bronze medal with the best effort of 88.09m. 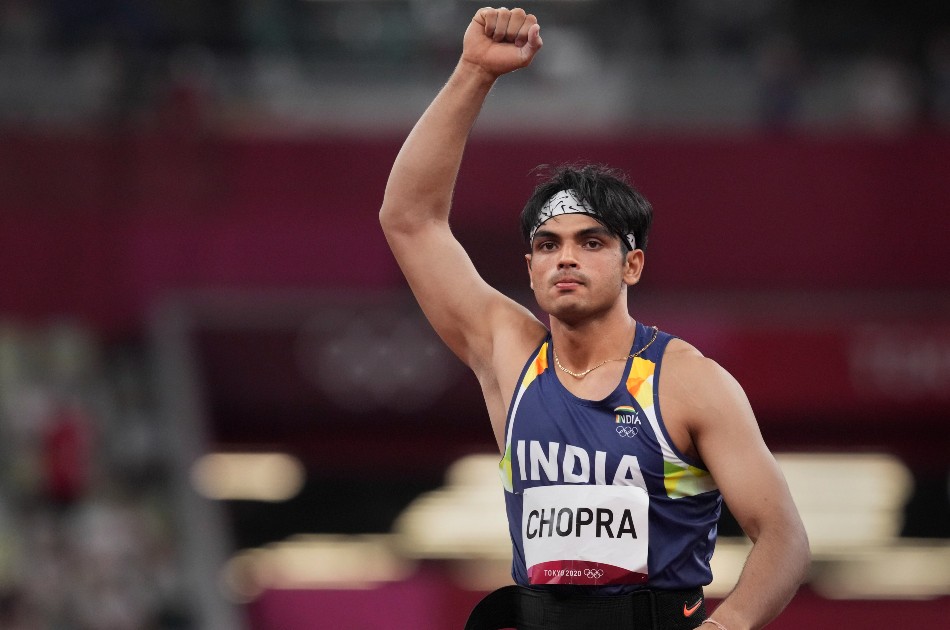 Chopra was out of medal contention until the third attempt after registering a foul throw in his opening attempt followed by throws of 82.39m and 86.37m in his second and third attempts, but the Indian managed to better that and finished above the Czech.

The Grenadian Peters, in fact, had an effort of 90.21m and 90.46m in his first and second attempts as well. Chopra had also finished second behind Peters in last month's Diamond League in Stockholm, where the Indian had broken his own national record with an 89.94m throw.

Chopra, who headed into the World Athletics Championships as a hot favourite for a medal, deliver, but registered only three valid throws with distance of 82.39m, 86.37m and 88.13m, his fourth career-best effort, to jump to second place, which he held on to till the end.

Chopra had qualified for his maiden World Championships final with a stunning first attempt throw of 88.39m. He opened the men's javelin throw Group A qualification round and sent his spear to 88.39m for his third career-best throw on Thursday (July 21).

Meanwhile, Rohit Yadav, who also competed in the javelin throw final, finished 10th with an effort of 78.72m in his first attempt. He later registered 77.96m and 78.05m. Rohit had finished 11th overall in the qualification round with a best throw of 80.42m.

The 21-year-old Indian had recorded a season's and personal best of 82.54m while winning a silver at the National Inter-State Championships last month.