By Pti
Updated: Monday, September 23, 2019, 19:20 [IST]
oi-Chitrangada Dc
All but one boxer returning from the world championship will be allowed to skip the Nationals


New Delhi, Sept. 23: World Championship medallists Amit Panghal and Manish Kaushik have been exempted from participating at the Senior National Boxing Championship to be held in Shimla from October 4 to 10. 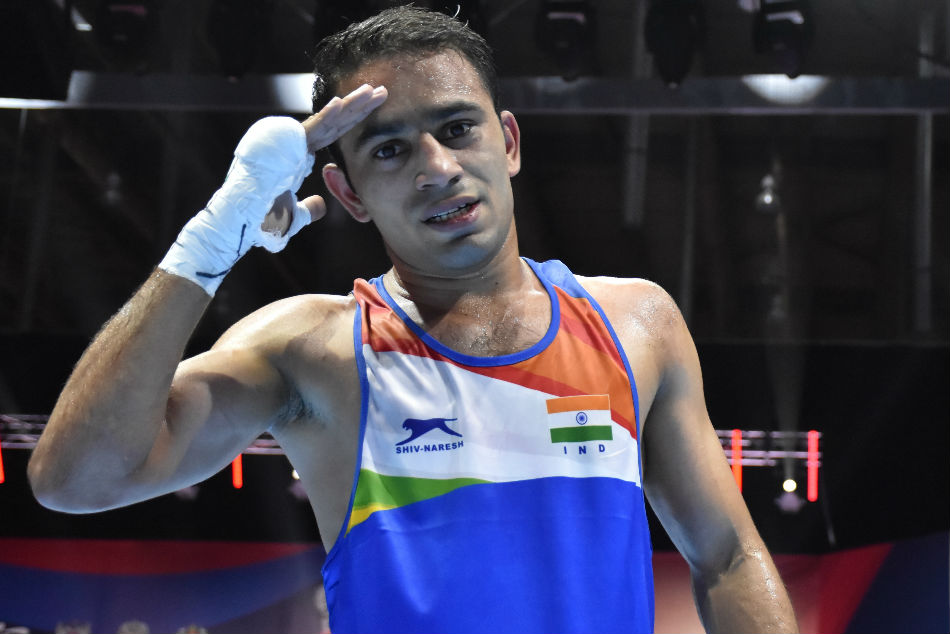 Panghal (52kg) became the first Indian male boxer to claim a silver medal at the World Championships, while Kaushik (63kg) returned with a bronze at the event which concluded in Ekaterinburg, Russia on Saturday.

Asian Championships silver medallist Ashish had lost to China's Tuohetaerbieke Tanglatihan in a split 2-3 verdict in the second round at the tournament.