By Sajith B Warrier
Published: Tuesday, December 14, 2021, 13:03 [IST]
oi-Sajith B Warrier
Simone Biles was hailed for giving priority to her mental health during Tokyo Games.

The world's most decorated gymnast was hailed for putting her mental health first when she withdrew from four event finals at the Tokyo Olympics.

Biles, a four-time Olympic medalist, later revealed that she suffered from what gymnasts called "the twisties - when you lose the sense of space and dimension in the air. Despite the setback, the 24-year-old managed to earn a team all-around silver and a bronze in balance beam at the Tokyo Games.

A month after the Tokyo Olympics, Biles gave an emotional testimony at a US senate hearing into former USA Gymnastics team doctor Larry Nassar sexual abuse scandal. Biles along with hundreds of athletes accused the FBI, USA Gymnastics and the U.S. Olympic and Paralympic Committee for failing to stop the abuse.

During the Olympic Games, Biles said she had no regrets about her decision to opt-out of five of the six finals in Tokyo because of a mental block, calling it a small price to pay if it lets others realize they retain the right to say "it's OK not to be OK" no matter how bright the spotlight. 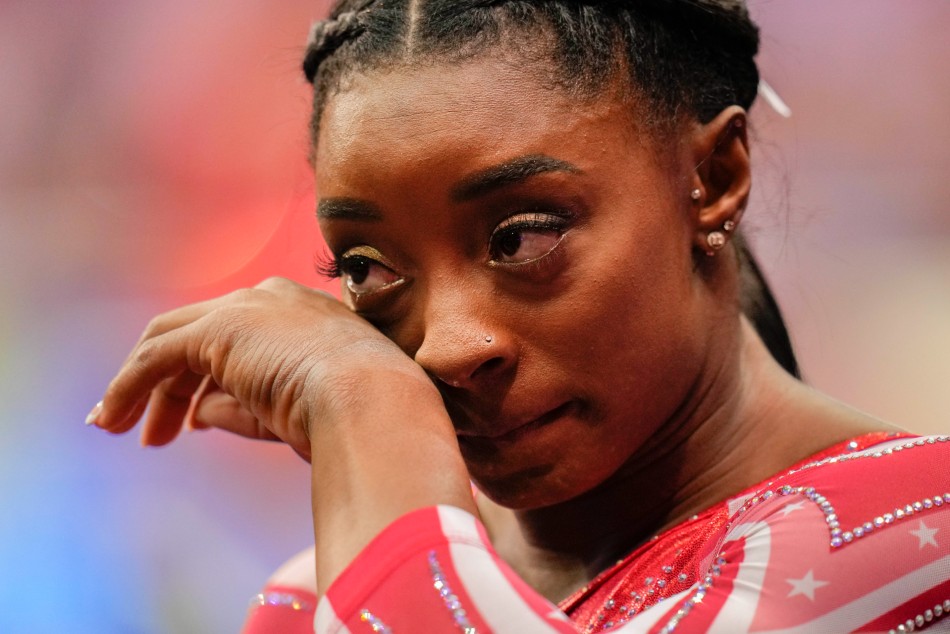 "I wouldn't change anything for the world," said Biles, who left Japan with a silver medal from the team competition and an individual bronze on balance beam. "I gave an outlet for athletes to speak up about their mental health and their well-being and learn that you can put yourself (as a person) first before the athlete."

It was a message that became part of the post-Olympic Gold Over America Tour Biles is headlining this fall. The 35-city exhibition, which kicked off in Tucson, Arizona, on September 21, incorporated gymnastics and dance elements, and also featured a segment led by former UCLA gymnast Katelyn Ohashi on the importance of taking care of yourself mentally

"We wanted to make it as relatable as possible and let these kids know that we've been going through these things," Biles said.

Biles was joined on Tour by Olympic team-mates Jordan Chiles and Grace McCallum as well as MyKayla Skinner and Jade Carey.